Legendary footballer Pele is set to marry for the third time at the age of 75 to a 42-year-old businesswoman named, Marcia Cibele Aoki. The three-time world champion will be marrying his girlfriend of six years on Tuesday, July 12, in a small ceremony in Sao Paulo according to reports. 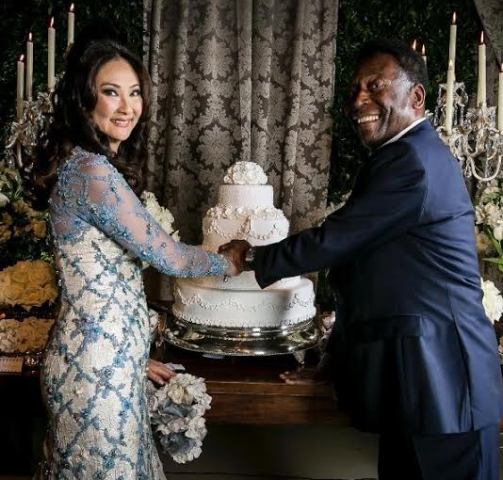 Talking to O Estado de Sao Paulo newspaper, Pele confidently said that this time, he has found “love forever.” It better be forever! 🙂

Marcia Cibele Aoki has been by Pele ‘s side in nearly all his public appearances since 2012, as well as during his repeated hospital visits in recent years.

His previous two marriages lasted for more than 10 years each. The marriages were blessed with five children; three with his first wife and two with his second.

Pele is held by many as being the greatest footballer in history for scoring 1,281 goals in 1,363 matches.

Born Edson Arantes do Nascimento, Pele, appeared 91 times for Brazil between 1957 and 1971. He also played for Brazil’s FC Santos and New York Cosmos.