Four Saudi security force members were killed on Monday after a suicide outside one of Islam’s holiest sites, the Prophet’s Mosque in Madinah, a Saudi-owned television channel reported. 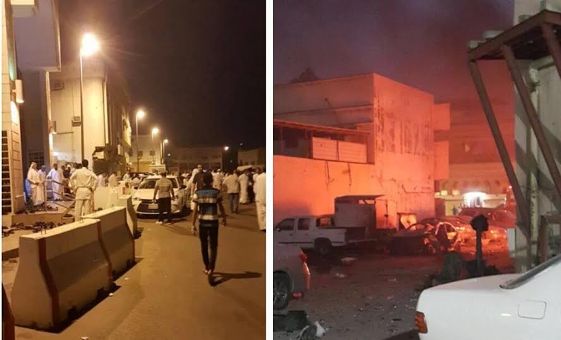 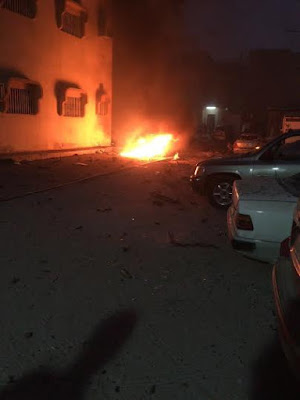 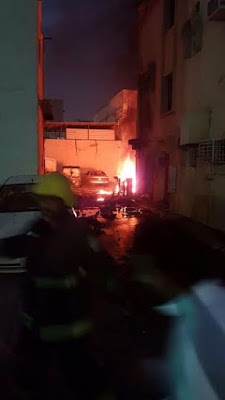 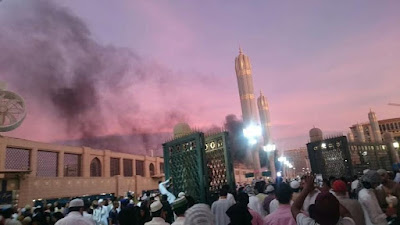 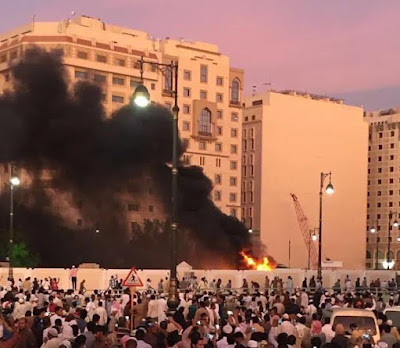 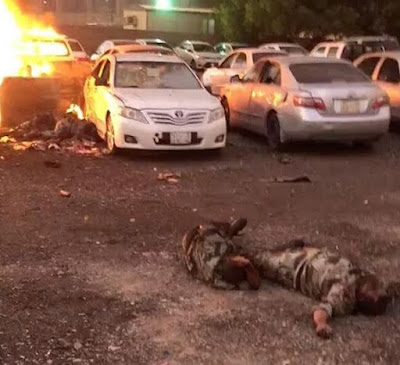 The attack near the prophet’s mosque took place during Maghreb prayers, the time Muslims break their fast during the holy month of Ramadan. Security forces have cordoned off the area.
Two other suicide bombings also took place in the eastern city of Qatif on Monday evening, residents said. They reported seeing body parts on the ground in the city’s business district. Al Arabiya News Channel’s correspondent said worshippers were unhurt following the attack.
“Suicide bomber for sure. I can see the body ” which was blasted to pieces, a resident told the AFP news agency
Another resident, Nasima al-Sada,  told AFP that one bomber blew himself up near a mosque. A third witness told Reuters that one explosion destroyed a car parked near a mosque, followed by another explosion just before 7pm local time.
The sprawling mosque where the Prophet Muhammad is buried is visited by millions of Muslims from around the world each year during pilgrimages to Makkah. The area would have been teeming with pilgrims for prayer during the final days of the holy month of Ramadan, which ends this week.