Dozens of Russian fans attacked English and Welsh fans chanting ‘we hate Russia’ yesterday in Lille, France, despite UEFA threatening to ban Russia and England from the EURO 2016 tournament if fan violence continues. 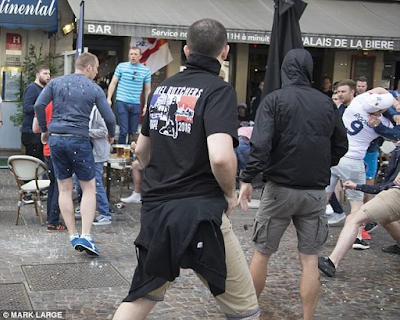 Punches were thrown during the brawl in the early hours of Tuesday after England fans had left a nearby pub in the Northern French city just hours after UEFA threatened both nations with a ban.
French police dressed in plain clothes had to use pepper spray to disperse the fighters.

English and Welsh fans could be heard chanting ‘we’re England and Wales, f*** off Russia, we’re England and Wales’, along with ‘We hate Russia’, while Russian fans wore Anti-Euro/ Anti-British shirts with one fan inscribing ‘Tour de France’ and ‘f**k Euro 2016 on the front – complete with a map of the host nation.

The fight which started in the morning, later continued at night.

Russia, England and Wales are all in the same group at EURO 2016. 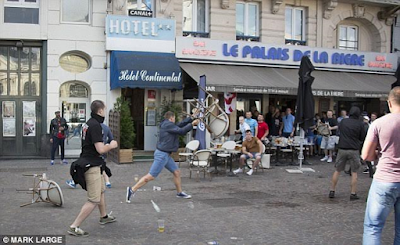 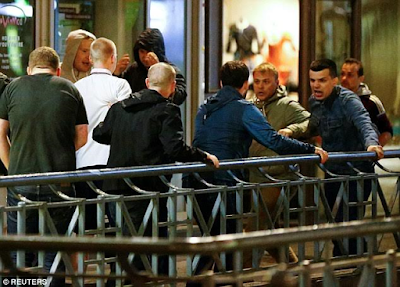 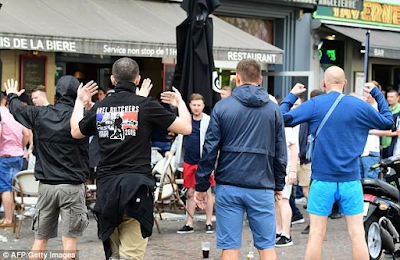 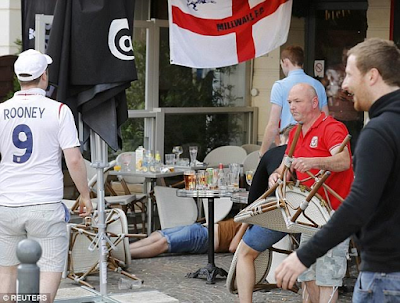 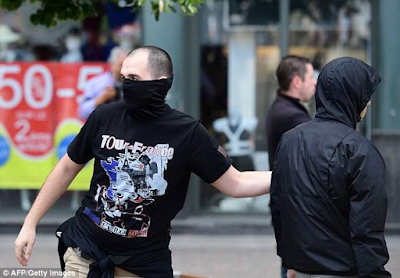 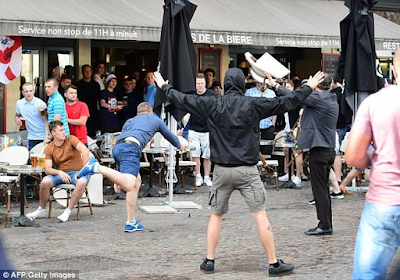 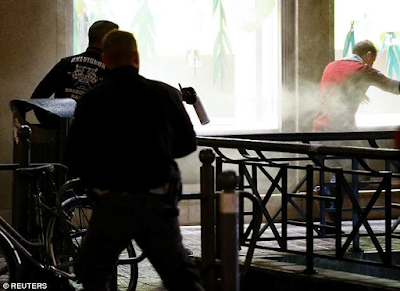 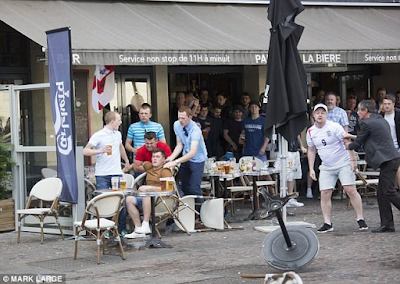 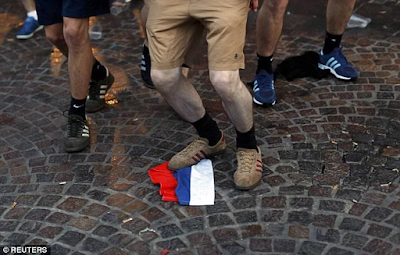 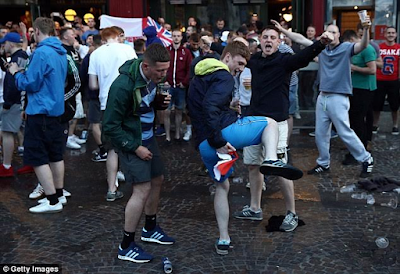 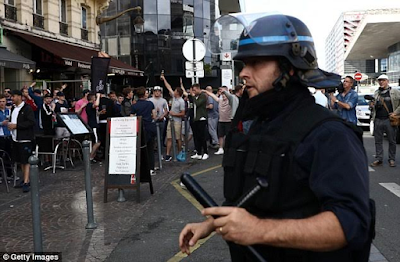 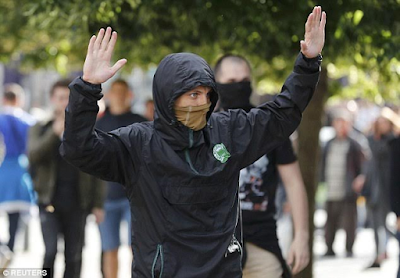 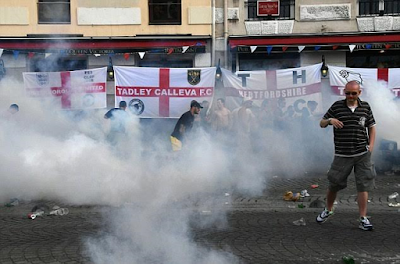