Olumpic medalist Louis Smith has been slammed for posting a provocative photo of a 16-year-old gymnast online. Louis, 27, shared a close-up of US gymnast Carly Patterson’s bum cheeks in a red leotard before gushing, “My sport has its moments,” on Instagram. 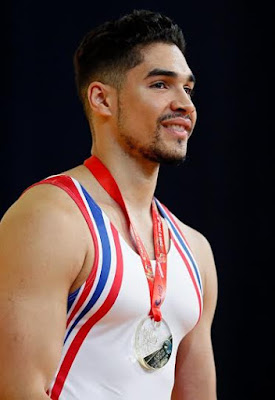 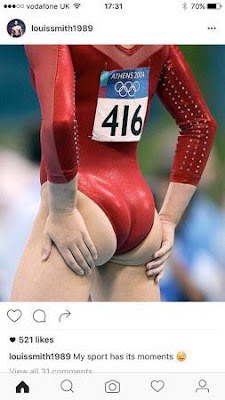 The image of Carly Patterson, now 28, was taken at the Athens Olympic Games when she was just 16 – something the Great Britain star claimed he was unaware of.
It didn’t take long for fans to claim the photo was sexist, and slam him but despite that he refused to apologize, saying he won’t apologize unless Carly Patterson finds it offensive. Carly tweeted that she was okay with the post later on. 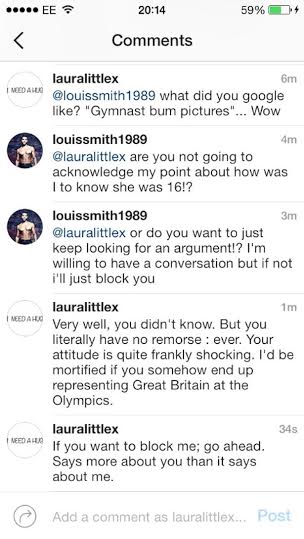 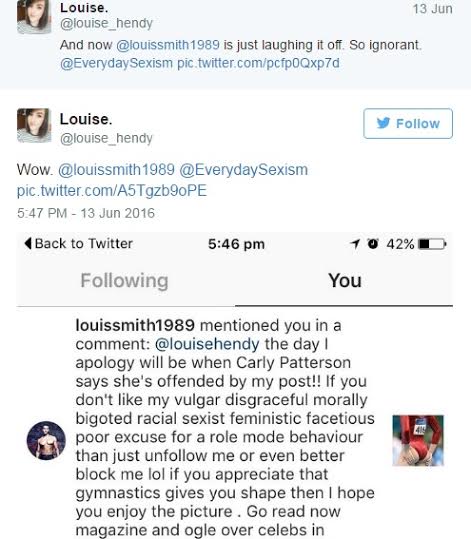