Despite the International Tennis Federation (ITF) tribunal handing Russian tennis star Maria Sharapova a two-year ban from the sport for failing a drugs test, Sportswear giant Nike have decided to stand by her and have renewed their deal with Sharapova. 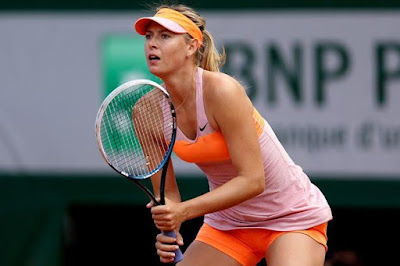 An ITF statement yesterday concluded Sharapova didn’t intentionally violate doping regulations by taking meldonium – the illegal drug she tested positive for – and Nike used that as their justification to resume their sponsorship deal with Sharapova, which they suspended in March when news of her failed drugs test emerged.
A Nike statement said: “The ITF tribunal has found that Maria did not intentionally break its rules. Maria has always made her position clear, has apologised for her mistake and is now appealing the length of the ban.
“Based on the decision of the ITF and their factual findings, we hope to see Maria back on court and will continue to partner with her.”
Sports equipment manufacturer Head, who provide Sharapova’s rackets, have also decided to stand by the 29-year-old.
Sharapova confirmed on Facebook that she will contest her ban.
She wrote: “Today with their decision of a two year suspension, the ITF tribunal unanimously concluded that what I did was not intentional. The tribunal found that I did not seek treatment from my doctor for the purpose of obtaining a performance enhancing substance.