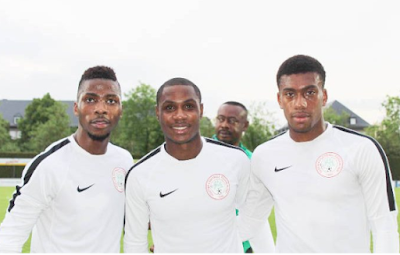 Chelsea midfielder John Obi Mikel, Watford striker Odion Ighalo and Arsenal young revelation Alex Iwobi have all been included in the list. Seventeen of the 35 players included in the team have already had full international experience with the Super Eagles as Siasia hopes to put up a good challenge to win gold this year after falling just short in his 2008 spell in charge

A final list of 18 will be released before the team leaves for Brazil where they have been drawn to face Sweden, Colombia and Japan in the preliminary. Coach Siasia has requested for a final training camp in Atlanta, the venue of the country’s historic Olympic triumph 20 years ago, in order to prepare the boys for “victory in Brazil.”

Below is the full list of players that have been called up: