Legendary coach Sir Alex Ferguson has spoken about Jose Mourinho’s appointment at Man U, criticizing the Portuguese for returning to a second spell at Chelsea while also stating his belief that glory days are set to return to Manchester United. 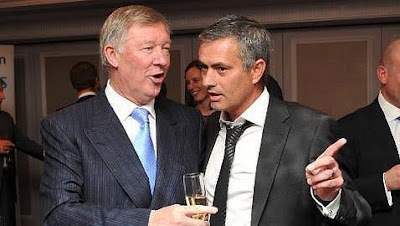 Ferguson, who won 38 trophies in 26 years as United manager, said that Mourinho was now in the right job and backed him to bring the good times back to Old Trafford.

‘I thought Jose was wrong to go back to Chelsea, I really do,’ Ferguson told Sky Sports. ‘I think it’s always difficult going back to somewhere for a second time.
‘The ability, charisma and personality, his success is high, won a European Cup twice with different clubs, won a Europa [League] with Porto, winning titles with all the teams he’s managed. His record – you can’t ignore that.
‘I think Manchester United is the right kind of club for him, I really do. I think we’ll do well.’