Where will you now place Messi? Cristiano Ronaldo, fresh from winning the UEFA Champions League with Real Madrid and a favourite to win the 2016 Ballon D’or says if his achievements are considered, then he’s the best player of the last two decades
. Speaking to Italian magazine Undici, Ronaldo says that he would rate himself as the best. 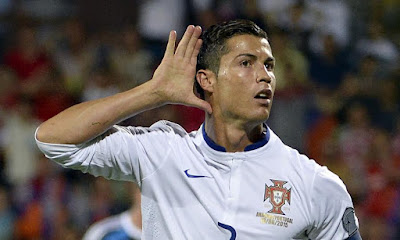 “Where would I rate myself amongst the top players of the last twenty years? Thinking positively, then I believe with what I’ve achieved, I’m the best of the lot.”

Ronaldo is on international duty with Portugal ahead of their Euro 2016 opener against Iceland on Tuesday, and says he is “proud” to be an “inspiration” to Portuguese people.

“I feel like I’m a citizen of the world, but also a Portuguese man who loves where he comes from and is proud to represent my country at the highest level. After Euro 2004 I’ve felt responsible for being part of this great generation. I know a lot of boys and girls look up to me today as an inspiration.”