Last night’s 0-0 draw between Switzerland and France was marred by wardrobe malfunction fro 4 Swiss players who had their jerseys torn after contact with opponents. 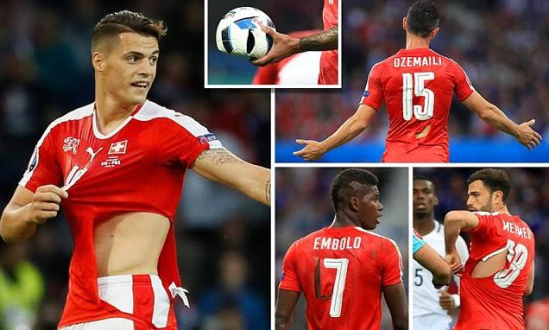 Even the Adidas ball costing £105 used during the match burst open during the game leading fans to blast sportswear manufacturer Puma and Adidas, and Switzerland/ Stoke player Shaquiri didn’t hold back in his own scathing assessment of the sportswear giant albeit jokingly.

“I hope Puma does not produce condoms.” he told Blick.ch 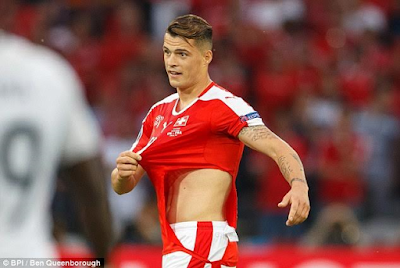 Granit Xhaka, the new Arsenal midfielder, had to change his jersey twice during the Group A game, while Admir Mehmedi and the striker Breel Embolo also required replacements following tugs that did not appear especially vicious.

“We have had a few problems with the jersey,” Embolo said. “The kit manager is not fully ready yet, but we are.”

“It can happen. It means it was a fight on pitch.”

A Puma spokesperson told the Guardian:

“Five Puma teams have played 10 games in this tournament without such problems. Our product people are currently investigating the shirt material. We will provide a further update when we have one.”