In a series of tweets from the twitter handle @gloria_adagbon which was retweeted by the President’s spokesman, Garba Shehu (@GarShehu), the Presidency reacted to the allegations by Ekiti governor, Ayo Fayose, linking the First Lady, Aisha Buhari to the Haliburton scandal that led to the conviction of American Lawmaker William Jefferson in 2009. 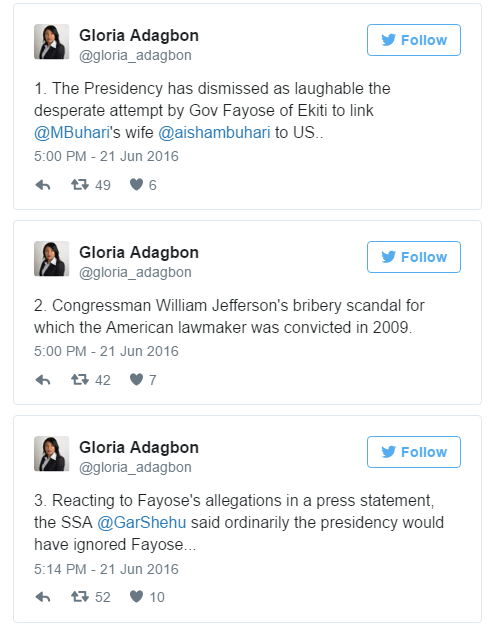 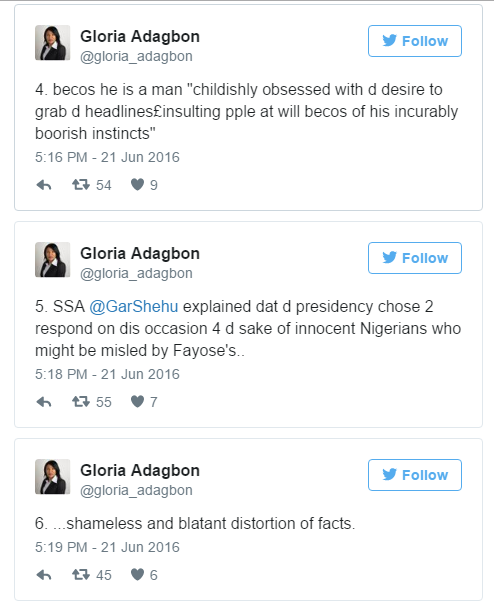 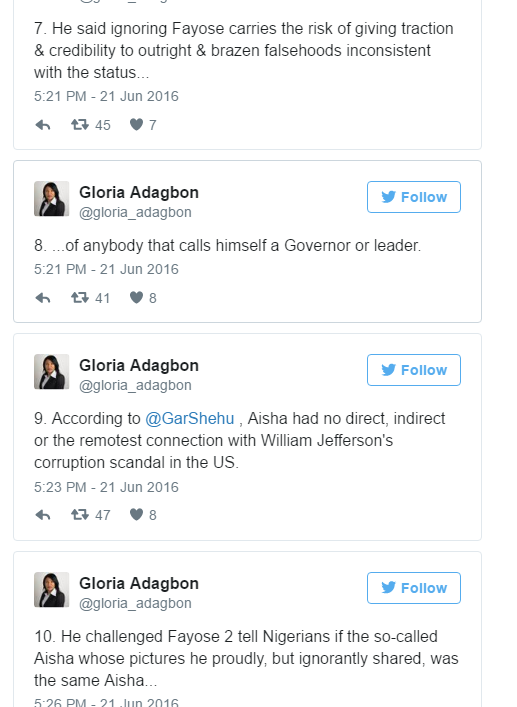 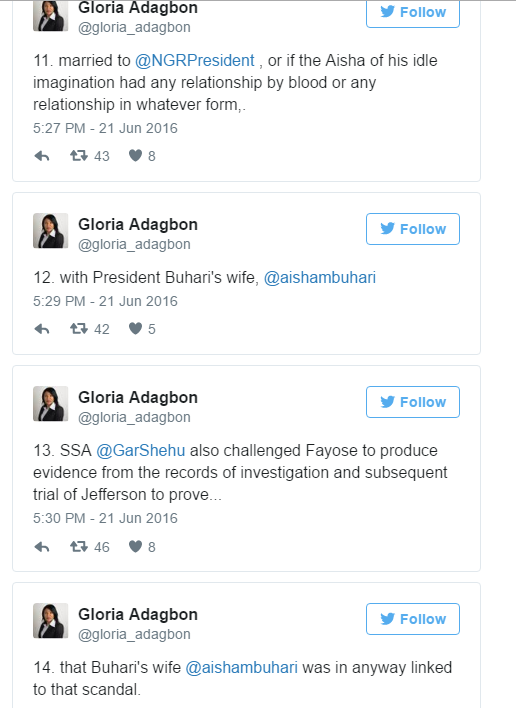 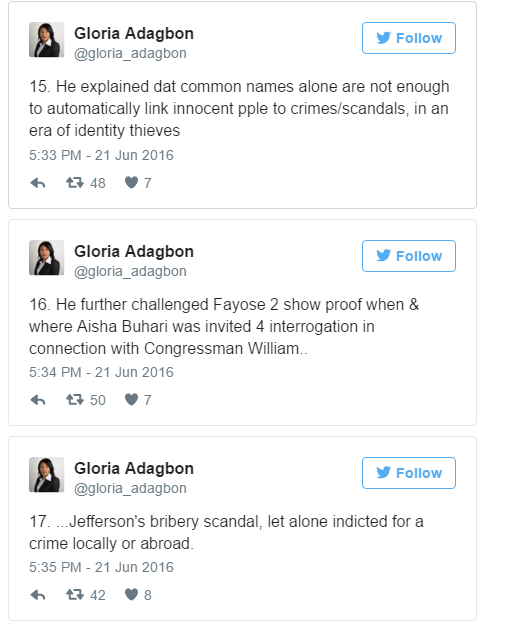 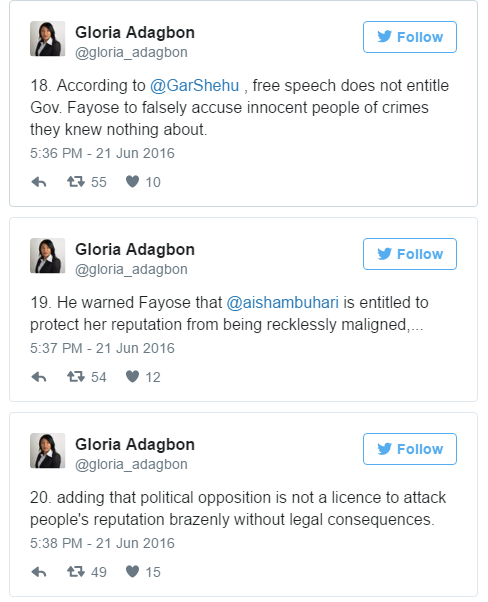 video: Pitch Invader Runs To Meet Lionel Messi And Treats Him Like A god!