It was fun all the way as Nigerian fans were treated to some memorable dribble runs and shots at goal by the array of ex-football star at the Joseph Yobo testimonial match at the Adokiye Amiesimaka stadium, Port Harcourt yesterday. 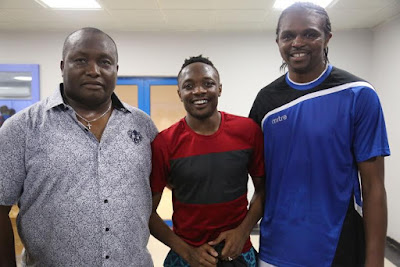 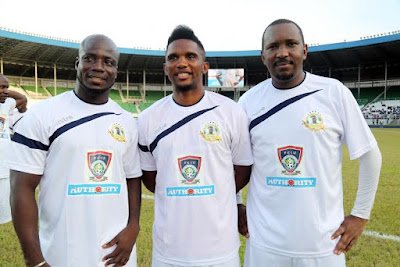 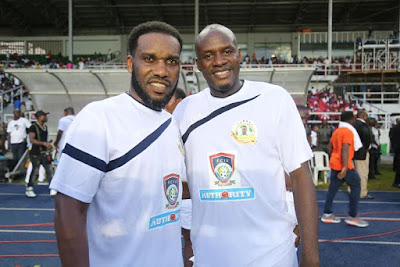 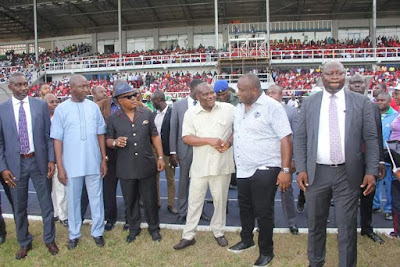 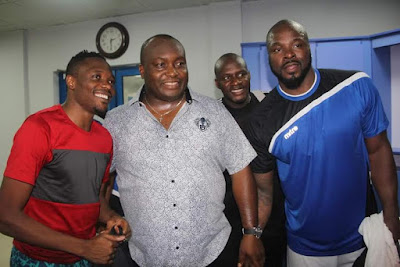 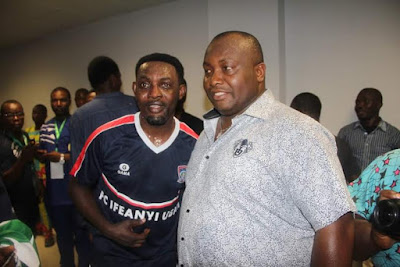 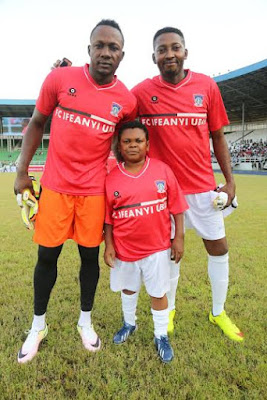 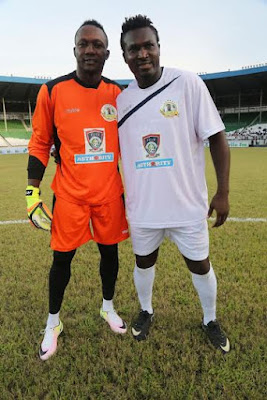 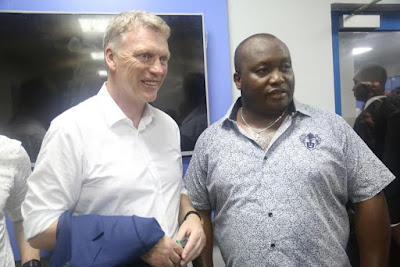 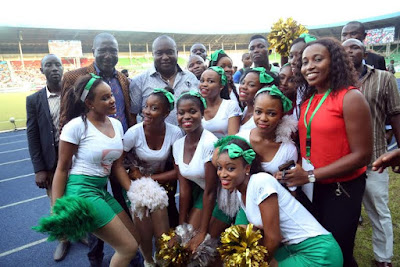 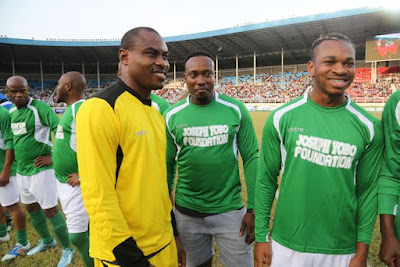 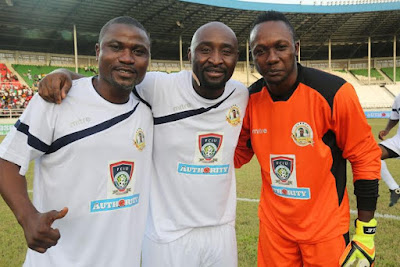 The match which was played between Team Nigeria and Team World which ended 5-4 in favour of Team Nigeria was organised by the Joseph Yobo foundation in conjunction with Dr. Ifeanyi Ubah, CEO Capital Oil/Gas as well as the River State Government to honour one of the few players in Nigerian football history to have made more than a 100 appearances for the Super Eagles.
Highpoint of the testimonial match was the brandishing of donated Jerseys of FC Ifeanyi Ubah and The Authority Newspapers for the match by the club’s president and publisher of The Authority Newspapers, Dr. Ifeanyi Ubah who in his usual magnanimity, philanthropic gesture and show of unwavering love for the game offered huge support all geared towards making the testimonial a memorable one.
Indomitable Lions of Cameroon’s legend, Samuel Eto’o, dazzling in FC Ifeanyi Ubah and The Authority Newspaper branded jer­sey, gave the fans something extra to take home when he dribbled through the Team Nigeria defence and caused goalkeeper, Vin­cent Enyeama to crawl like a baby on the turf frantically to stop him from scoring, but the former African Footballer of the Year styl­ishly lobbed the ball into the net.
A bewildered Enyeama ran after him ap­parently in protest for punishing him with a cheeky goal, both in a warm embrace cel­ebrated one of the best goals of the day, and the crowd erupted in standing ovation.
Also former Super Eagles captain, Austin Jay Jay Okocha, sent the fans cheering as he displayed some of his characteristic skilful displays, including a flicker that was greeted with frenzy celebration. Jay Jay ran the ring over the Team World defenders to find the back of the net as lead Team Nigeria to a 5-4 victory.
Ex- Super Eagles stars whose presence lite the stadium included, Uche Okechukwu, Ben Iroha, Ike Shorunmu, Nwankwo Kanu, Dele Aiyenugba among others.
The Governor of Rivers State, Nyesom Wike, who took the kick-off sparked a comic moment as his penalty kick hit the upright.
The event was an assemblage of both foot­ball players, Nollywood actors, comedians, some of who took their turn to play in the match. Popular Nollywood star, Osita Iheme a.k.a Paw-Paw gave a good account of himself as he scored one of the goals for Team Nige­ria.