Skip to content
Shocking video which emerged on Tuesday morning shows three apparently drunk youths shouting hurling racial abuse and shouting at a man to “Get back to Africa’ on a tram in Manchester. 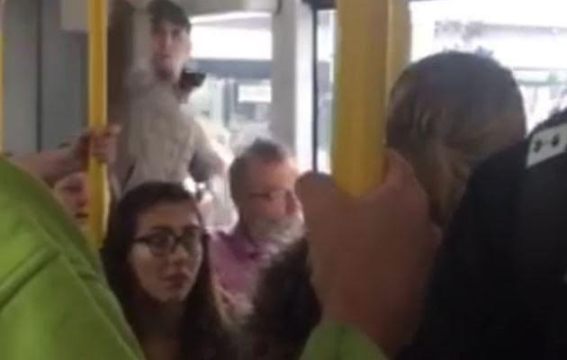 According to Manchester Evening News, the man, who spoke with a foreign accent had asked the young men to stop using bad language as they were frightening other passengers. 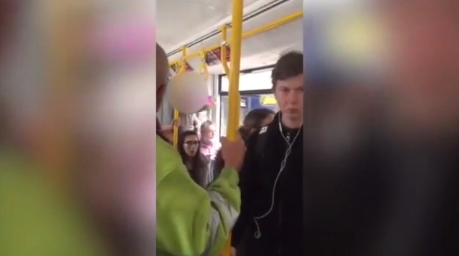 The youths responded by hurling abuses at the man, telling his to “get back to Africa,” Get off the tram now. Bro, I ‘ll waste you. I ‘ll waste anyone and Dont chat sh*t when you are not even from England, you little f***king immigrant”
The man, whose nationality was not mentioned, asked how old the youth is, “18,19? I ‘ve been here longer than you”.
The youths at one point flick the drink at the man, splashing him and several passengers. They were later chased off the tram, with passengers yelling at them, “You’re a disgrace to England”.

A woman who was on the tram, who wished to remain anonymous, said: “When I was there I knew it was going to get serious. This kind of incident is really happening. It needs to be noticed we don’t want these kind of incidents happening. The three men got off the tram at Market Street and it stopped there.The women on the tram started crying. It was really horrible. When I was walking back to my work I was crying all the way. I couldn’t control myself. I was feeling sad, I now feel scared coming to work. They were three boys, they weren’t very old. I am scared of travelling on my own, I feel scared for my children that it is not safe, I will not take them on the tram.”

Chief Inspector Gareth Parkin of Greater Manchester Police City said: “This is a disgusting display of abuse which quite frankly has no place in society. All hate incidents are treated with the utmost severity and this behaviour will not be tolerated in Greater Manchester.”