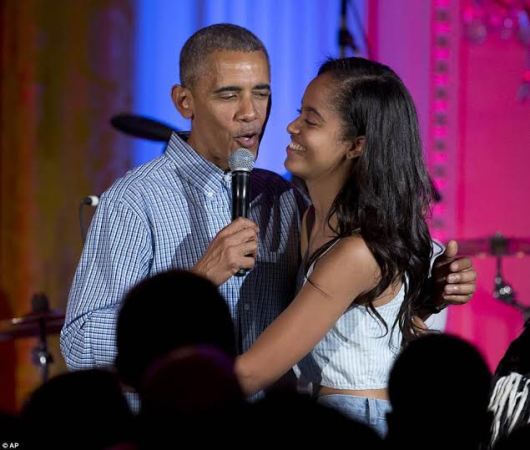 Obama, flanked by rapper Kendrick Lamar, belted out a croaky version of happy birthday song to his daughter, while the crowd at the annual Fourth of July party at the White House cheered on.
Malia, who will begin her studies at Harvard in 2017 after graduating from high school in June, embraced Kendrick Lamar and Janelle Monae on stage after her father sang Happy Birthday to her.

‘Because it’s a job of fathers to embarrass their daughters, I’ve got one last job,’ Obama joked as the audience began to applaud. ‘It just so happens we celebrate our country’s birthday on the same day as my oldest daughter’s birthday, so just a quick Happy Birthday for Malia,’ Obama added before breaking into song. More photos below. 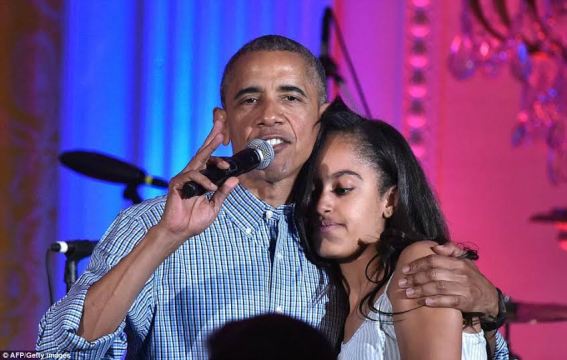 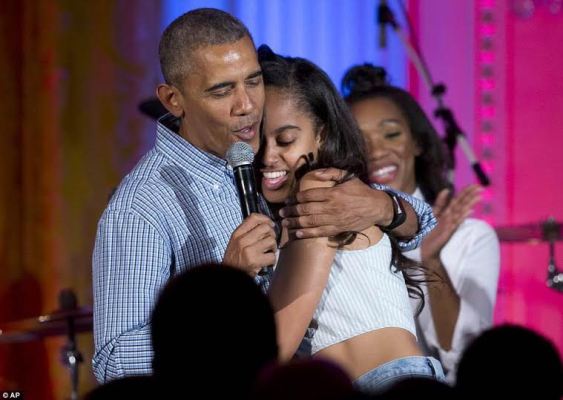 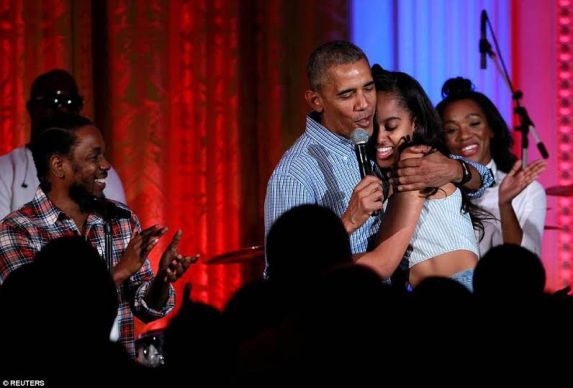 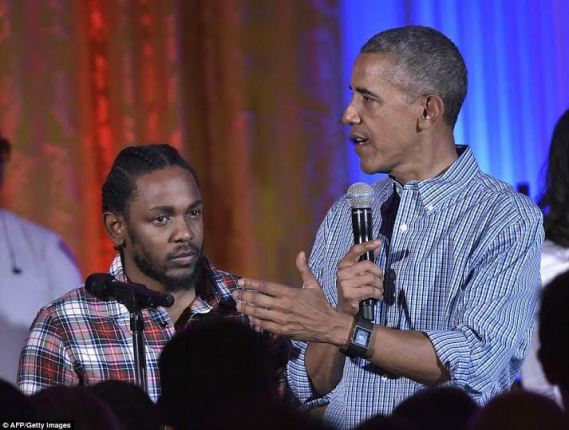 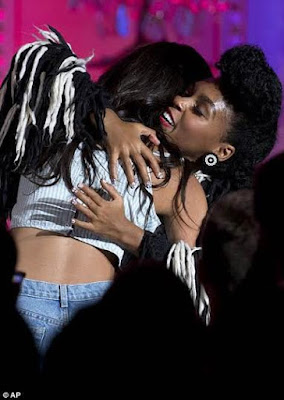 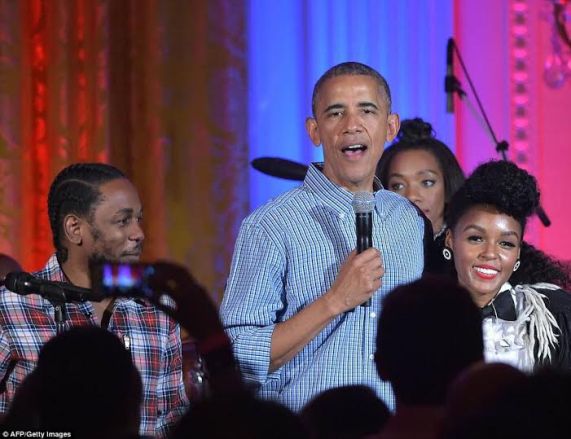 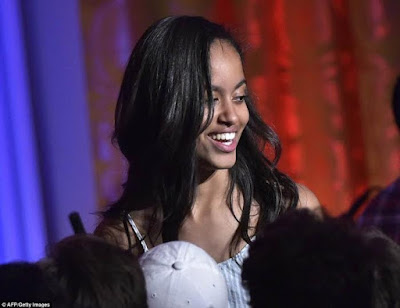