A Chinese woman publicly punished her husband’s alleged mistress by stripping her and beating her in the street. Footage of the punishment shared online, shows the woman and her group of friends hitting and kicking the lady who they claim had been sleeping with one of their husbands. 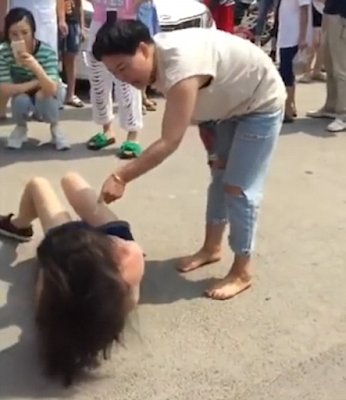 In the video, the alleged mistress can be seen on the floor surrounded by the women and onlookers who did nothing to stop beating. The victim looked helpless with her top torn as the women beat her up. A woman, who was wearing a beige top can be seen pulling the mistress’ hair and trying to slam her to the floor before slapping her repeatedly.

The women then start pushing the girl around and try to remove her clothes completely.  The victim tried to cover her breast with her top but it was immediately collected by one of the women who threw the top away. She then pulls her hair up so she can get a better angle for her photo, before hitting her on the head repeatedly. A Passer-by steps in to try and stop the assault but it doesn’t have much effect as she is rebuffed. Others just watch the attack happen, with many filming the incident on their phones. It is not clear who the angry wife in the gang of women is, as they all took turns to beat her up.

The video which was uploaded onto Chinese social media site Weibo, shocked social media users who took to the site to criticize the group of women for their vile and vicious attack.

More photos and the video below… 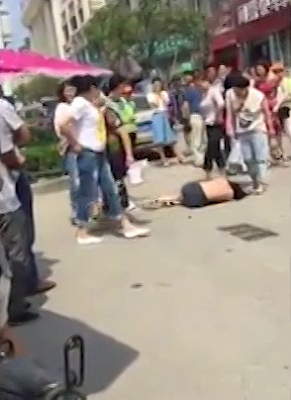 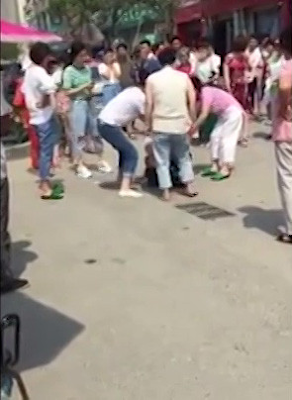 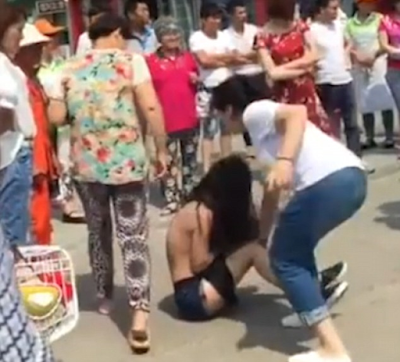