A  shocking video of a woman in Portugal having sex with a bare-chested man in broad daylight in a park beside a youngster as other families played nearby, has gone viral and police in the country have confirmed they have launched an investigation after being tipped off about the video.

Onlookers who were stunned, filmed the shocking scenes at the river beach of Tabuao near the town of Paredes de Coura in the Porto region of northern Portugal.
The woman, who covered her nakedness by wearing a sarong, can be seen looking at the men filming her and smiling during the 11-minute footage. Police are currently looking for the couple.
See more photo below; 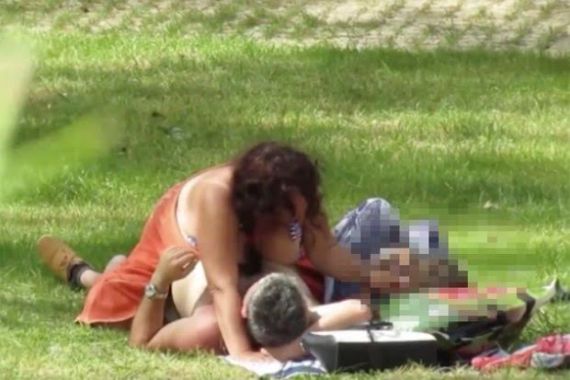 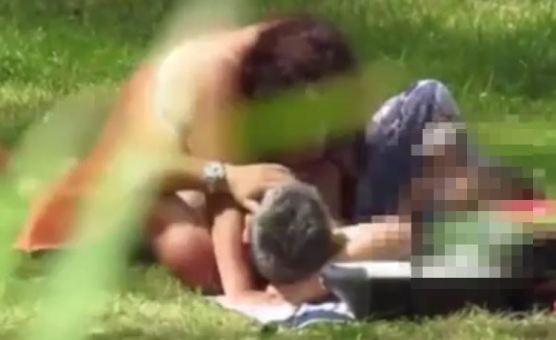