A newlywed Chinese man drowned in a hotel swimming pool while on honeymoon in Pattaya, Thailand, in the early hours of Wednesday, June 1. 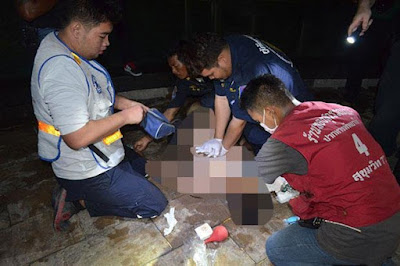 20-year-old student, Han Mu drowned in the swimming pool of the Adriatic Palace Hotel in tambon Nong Prue of Bang Lamung district early this morning around 1am.
Sawangborirbon organisation rescuers rushed to the hotel and found the Chinese man lying unconscious on the edge of the swimming pool. Medics gave the man CPR, but could not resuscitate him.
The man’s wife broke into tears beside his body. The couple were newlyweds and had flown to Pattaya for their honeymoon.

Suthi, 32, a Myanmar employee at the hotel, said he heard cries for help from the swimming pool and rushed to see what was wrong. At the pool he saw the Chinese man was drowning. He immediately jumped into the pool and pulled him out.
He said the man was unconscious and barely breathing. He immediately called rescue workers bu the man died.