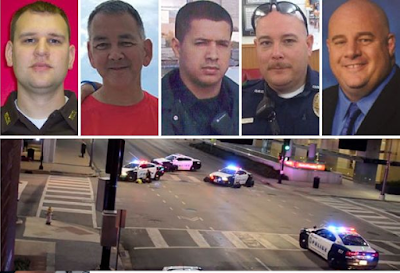 Seven other police officers and two civilians were wounded in the shooting at the end of a protest over this week’s killing of two black men by police in Baton Rouge, Louisiana, and a suburb of St. Paul, Minnesota. The Dallas shooter was a U.S. Army reservist who served in Afghanistan.
Transit Police Officer Brent Thompson, 43, worked for the Dallas Area Rapid Transit (DART) system since 2009 and was the first officer killed in the line of duty since the transit system formed a police department in 1989, DART.

Thompson spent more than four years in Iraq, working for private U.S. military contractor DynCorp International as a police liaison officer who supervised Americans training and mentoring the Iraqi police force, according to his LinkedIn profile. Thompson got married to a fellow DART officer only 2 weeks ago.
Thompson was also a father and a grandfather from a previous marriage. 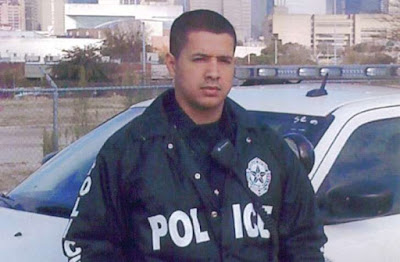 Navy veteran Patrick Zamarripa, 32, served three tours in Iraq and was killed in the attack, his family told Reuters. He served in the military reserves as well as working as a Dallas policeman. 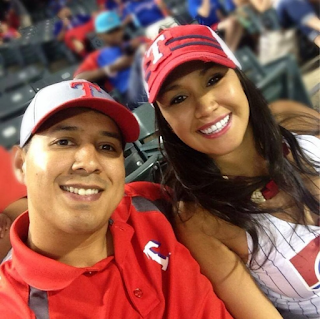 His uncle, Hector Zamarripa, said by telephone that Zamarripa was a proud Mexican-American who leaves behind a wife, their toddler-age daughter and a stepson. 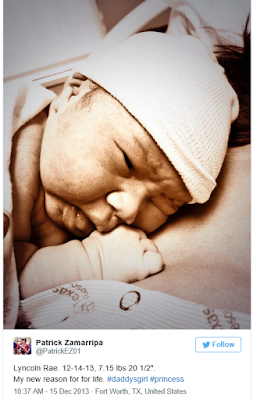 Although he did not speak much Spanish, he went by the name Patricio among his Spanish-speaking friends and relatives. 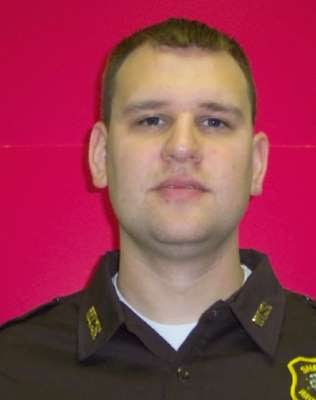 Michael Krol, a 40-year-old officer with the Dallas Police Department, was killed, according to a statement from the Wayne County Sheriff’s Office in Michigan, where Krol worked as a deputy in the jails from 2003 to 2007. “We are saddened by the loss of the dedicated officers in Dallas – one of whom was a former member of this agency – and also the wounding of the other officers,” Wayne County Sheriff Benny Napoleon said in the statement. 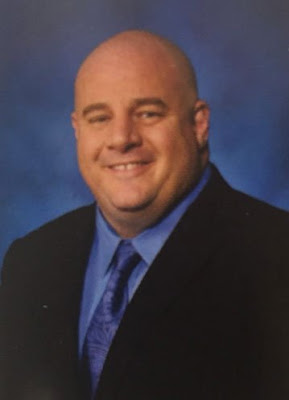 Senior Corporal Lorne Ahrens, a 14-year veteran with the Dallas police, was one of those killed, the Dallas Morning News reported. Ahrens, a 48-year-old California native, was married to a Dallas police detective and had two children, ages 10 and 8, the newspaper reported. 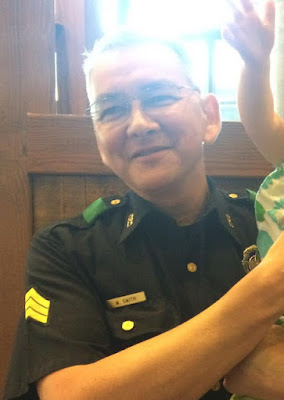 Michael Smith, 55, also died in the attack. He served in the military as an Army Ranger before joining the Dallas police in 1989. His family said he left behind a wife of 17 years and two daughters, ages 9 and 14.