Ousted chairman of the Peoples Democratic Party (PDP), Sen. Ali Modu Sheriff has dismissed the report of his sack by a Federal Capital Territory (FCT) High Court, describing the report as “false and a clear misrepresentation of the ruling of the court.” 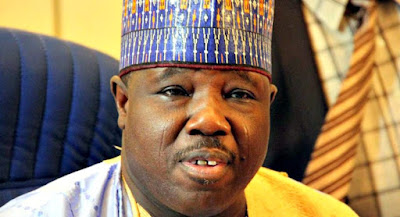 This was contained in a statement signed by Professor Adewale Oladipo, the National Secretary, who said the court delivered its judgement on certain amendments, which have nothing to do with the leadership of Sheriff.

The statement reads in part:

“Our attention has been drawn to reports circulating in the media that a Federal Capital Territory (FCT) High Court has ousted the National Chairman of the PDP, Sen. Ali-Modu Sheriff.

“This is completely false and a clear misrepresentation of the ruling of the court as it never gave any ruling ousting the National Chairman.

“For the avoidance of doubt, the court only heard and delivered judgment on a matter concerning certain amendments in the PDP constitution, which has nothing to do with the election of Senator Ali Modu Sheriff as the National Chairman or even that of his predecessor, Alhaji Adamu Muazu.

“We therefore urge those misleading the media and the unsuspecting public to desist from such. The media is also urged to always crosscheck their facts before going to press,” he stated.