The Goa police, India on Monday, May 30, arrested a Nigerian accused of kidnapping and raping a 31-year-old  local woman at knife-point. 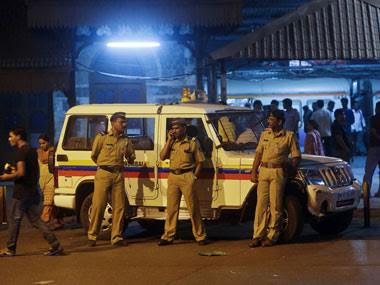 Based on a complaint filed by the woman alleging kidnap and rape on Saturday, May 28, the police booked Kenneth  Uwegha, 41, for assault.
He was arrested at the Panvel railway station near Mumbai and on Tuesday was remanded to police custody for three days by a trial court. His accomplice, who is still on the run, is currently being hunted by the police.
Superintendent of Police north Umesh Gaonkar confirmed while talking to The Hindu on Monday that a team of Mapusa police from North Goa caught the accused at Panvel, who was trying to escape from Goa in a train. He was  brought to Goa by evening, he said. Police sources also disclosed that the Nigerian was arrested in 2012 for rioting and overstaying in India.
“Kenneth was arrested for rioting and blocking the National Highway in Goa in 2013. Our records also showed that he was booked at the Calangute police station in 2012 for illegally overstaying beyond his stipulated visa duration”
As per the complaint, the woman was travelling towards Parra, on her bike. She was waved down by two Nigerians. When she halted, one of the two men sat on her bike, asking her at the knife-point to travel to his room.
The frightened woman rode to his room at Assagao where the Nigerian raped her.
The police have filed a case under sections 365, 506, 342, 376 of the Indian Penal Code.
The rape had caused outrage in the state, with Tourism Minister Dilip Parulekar accusing Nigerians of trying to deceive the Indian legal system and committing crimes on purpose to prolong their stay in the country, using the judicial process as cover.