An attack at a cinema in Viernheim, Germany, has left at least 20 people injured. Police shot and killed a gun-holding man today after the masked attacker who wore an ammunition belt, stormed a movie theater and opened fire. 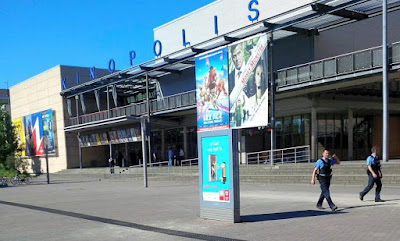 Police spokesman Bernd Hochstaedter said the armed man had entered the Kinopolis movie theater in the small western town of Viernheim, about 45 miles south of Frankfurt, around 3 p.m and fired at least one shot before barricading himself inside… 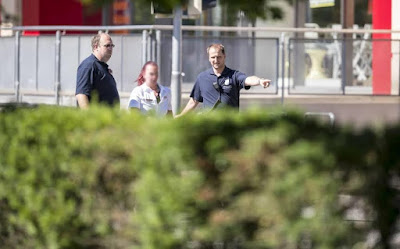 Recounting what happened, The interior minister of the state of Hessen, Peter Beuth said: The police received an emergency call at 2:45pm [12:45 GMT]. The caller said there was a masked man armed with a long gun and it was unclear whether it was a real gun. The caller heard four shots and said that the masked man appeared a little mentally unstable. Police special forces were called and a large group of heavily-armed police stormed the cinema and gained entrance. He has been shot dead and the motive for the attack for is unclear for now. 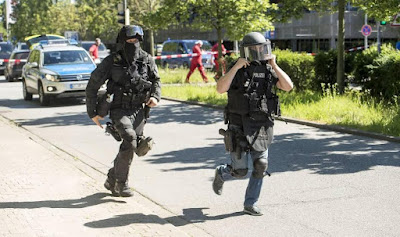 Initial media reports suggested that as many as 50 people had been injured inside the movie theater, although police insisted that only the attacker, who was killed by cops, was shot but about 25 people have been injured by the tear gas.
The identity of the man, and details to know if he was a terrorist, are yet to be revealed.