Police in Pakistan have arrested Amina Bibi, a mother suspected of killing her pregnant daughter for marrying against the wishes of her family, the latest in a series of so-called “honor killings” in the conservative Muslim country. 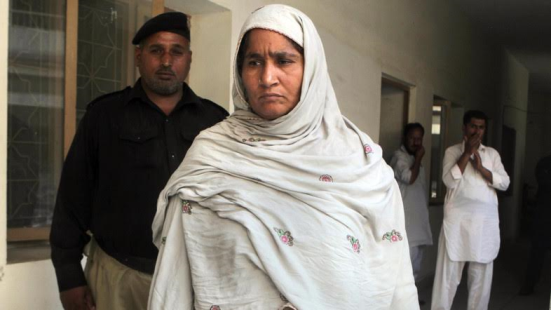 Local police official Arshad Mahamood said Saturday that the mother and her son slit the throat of 22-year-old Muqadas Tofeeq in the village of Butrawala in Punjab province. Tofeeq was the mother of a 10-month-old infant.

He says Muqadas was lured into her parental home, where she was killed on Friday. Her husband, Mohammed Tofeeq, reported the murder.

Nearly 1,000 women are killed in Pakistan each year for violating conservative norms on love and marriage.