News : (Photos)Ambode’s 53rd birthday get together

Lagos State Governor, Akinwunmi Ambode today June 14th, marked his 53rd birthday with a special luncheon to raise funds for the provision of three Mobile Cancer Centres across the three Senatorial Districts in the State, with a call on Nigerians to join hands together to wage war against the scourge. 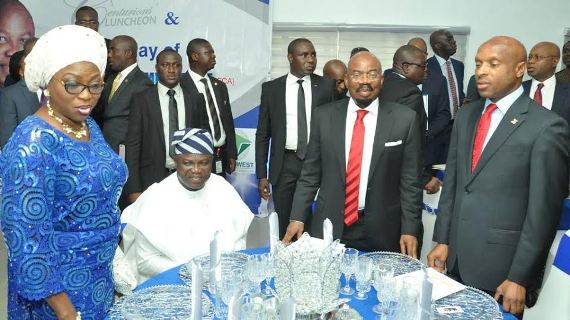 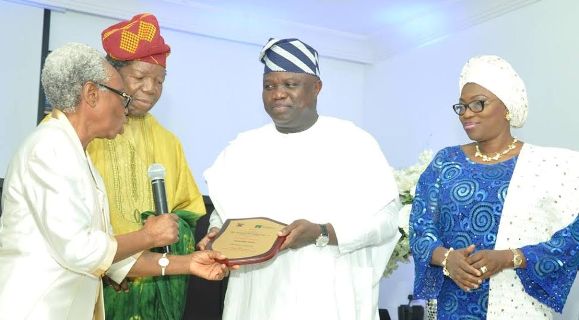 Ambode who spoke at an event tagged ‪#‎GivingTuesdayLagos‬ put together by the Committee Encouraging Corporate Philanthropy (CECP-Nigeria), which coincided with his 53rd Birthday, said the Centres would go a long way to save millions of Nigerians from preventable suffering and death. Lamenting the rate at which the terminal disease has claimed thousands of lives in recent times, the Governor said it was unacceptable and therefore calls for concerted efforts from all and sundry.

He said the war against cancer was one that the government cannot tackle alone, hence the need for Nigerians to extend their philanthropy towards the scourge. 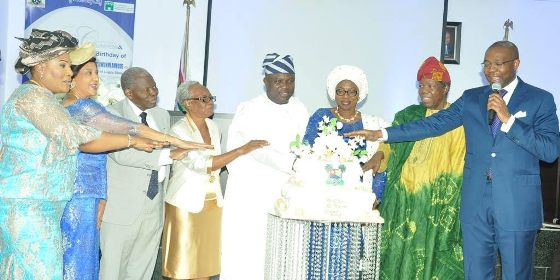 “Lives are lost every day to cancer and this is unacceptable. This is why the Lagos State Government carries out public health programmes focused on cancer. I believe that the government alone cannot solve every problem; everyone has a role to play. In my one year in office, I have come to realise that even with the best will in the world, Government cannot do everything. The real challenge before me as Governor of Lagos is how I unite public, private and philanthropic sectors in building our state. I am therefore, glad that through this private sector led initiative I can play a role in helping to advance the BIG WAR Against Cancer for the well-being of not just the good people of Lagos State but Nigerians in general. We can only achieve this goal with the generous support of all people of goodwill. Without these donations, the goal would not be reached and the opportunity to save lives would be lost,” he said.

Governor Ambode, who commended the CECP and philanthropists who donated towards the purchase of the first set of Mobile Cancer Centres, said that though the initial target was for one Centre in Lagos, having three centres in each of the senatorial districts in the State was a priority for him.

“The purpose of this Luncheon is to raise funds for One Mobile Cancer Centre for Lagos but I would like to challenge us all to not only give towards the provision of one Mobile Cancer Center but towards the provision of three Mobile Cancer Centers servicing each of the senatorial districts of Lagos; as the Centre of Excellence and Africa’s model City-State. This would help to save millions of Nigerians from preventable suffering and death. We can only achieve this goal with the generous support of all people of goodwill. Without these donations, the goal would not be reached and the opportunity to save lives would be lost,” he said.

He also expressed the readiness of his administration to mobilise philanthropists and Corporate Organisations towards establishing a comprehensive Cancer Centre in Lagos within the next three years, starting with making available a piece of land in any part of the State as well as facilitating speedy paper work.

“This is not really a celebration but a call to service. Against all odds; against all the things happening to the economy in the country; against the numbers; against the anxieties and the panic, we are still able to stand up and gather ourselves together and say we want to give back to humanity, that is symbolic and key for me and I think we must commend ourselves that all hope is not lost. There is more value to us and humanity in championing this course,” he said.

One response to “News : (Photos)Ambode’s 53rd birthday get together”