Rapper 50 Cent was arrested early Sunday morning following his performance at the St Kitts Music festival on the Island of St. Kitts on Saturday. According to reports, 50, was arrested in his dressing room at the Warner Park stadium and taken to the Basseterre police station where he charged with making use of Indecent Language. That’s supposedly him being bailed at the station… 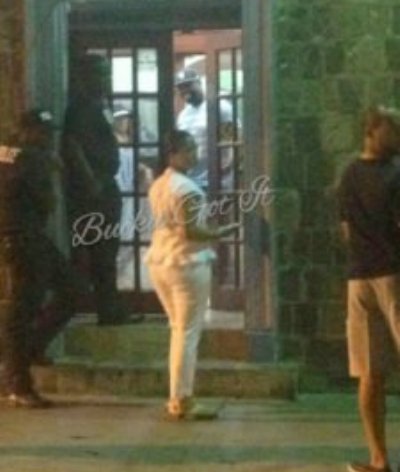 50 was performing on the former British Caribbean colony of about 40,000 people, and began cursing on stage. Meanwhile, there’s a law that makes it a misdemeanor to use profanity in public.
His bodyguard Bajar Walter who was slapped with the same charge was also charged with obstruction. 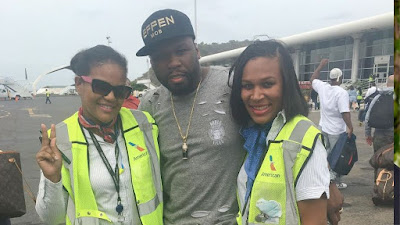 The police said that 50 Cent was cooperative, but Walter was not pleased and attempted to intervene. The two were granted bail in the amount of EC$5000 (One EC dollar =US$0.37 cents) each with two sureties. Both men will appear in court on Monday, June 27.

According to media reports, prior to taking the stage, the police advised Jackson’s manager about the country’s laws concerning the use of indecent language and indicated that they would be obliged to arrest him if he broke the law.