The Governor of Oyo State, Senator Abiola Ajimobi, has expressed rude shock over Friday night’s gruesome murder of a member of the State House of Assembly representing Orelope Constituency, Honorable Gideon Aremu, at his Alakia residence in Ibadan. 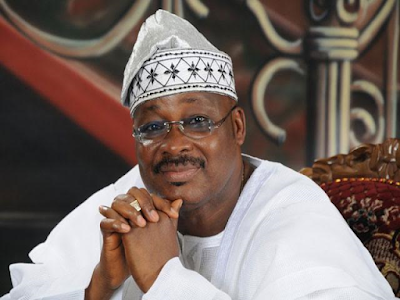 A statement by the governor’s Special Adviser, Communication and Strategy, Yomi Layinka, described the death of the lawmaker in the hands of suspected assassins at a relatively young age as not only tragic but condemnable.
As soon as news of the sad incident filtered through to the governor last night, he said that Ajimobi immediately got into contact with heads of all relevant security agencies including the police, Department of State Services, and the army to ensure that the masterminds were apprehended. The governor vowed to ensure that those remotely and directly connected with the heinous crime were made to face the full weight of the judicial consequences of such sins against humanity.

Ajimobi said that the security chiefs had consequently thrown their dragnets wide open to arrest and prosecute all the antisocial elements who connived to snuff out the promising life of such a compatriot and public officer.

The governor appealed to members of the public to volunteer information to security agencies about suspicious movements within their communities to aid investigation and prompt arrest of those behind the dastardly act.

“I commiserate with the wife, children and family of Honorable Gideon Aremu who was a ranking member of the Oyo State House of Assembly. May the Almighty repose the soul of this gentleman and committed patriot. I want to assure the family and all the people of Oorelope State Constituency that justice will not only be done, but will be seen to be done swiftly and thoroughly to reassure citizens of Oyo State of our devotion to the protection of lives and property.

I want to reiterate our administration’s commitment to sustaining the hard-won peace and security that the people of Oyo State currently enjoy and let me again warn individuals and groups not to test our resolve in this direction.”

As the Chief Security Officer of the state, the governor was said to have indicated personal interest in getting to the bottom of the plot as well as in ensuring appropriate sanctions for the plotters and executors of the murder, no matter how highly placed. Ajimobi enjoined citizens of the state to be vigilant and report any suspected criminal and movements to the nearest security agency around them.