The first Minister of Petroleum in Nigeria, Shettima Ali Monguno, has died. The elder statesman who was Minister of Mines and Petroleum in the first republic, died at his home in Maiduguri, the Borno State capital yesterday July 8th at the age of 95. 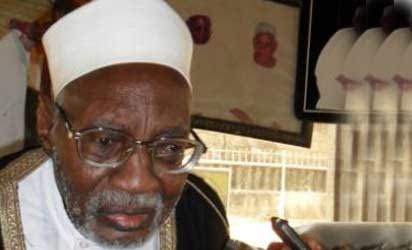 Borno State Governor, Kashim Shettima announced Munguno’s demise in a statement by the Secretary to the State Government, Jidda Shuwa. The statement reads;

“It is with a deep sense of loss and profound sadness that we announce, on behalf of His Excellency the Executive Governor of Borno State and the Borno State Government, the passage of our father and distinguished Statesman, Alhaji (Dr.) Shettima Ali Monguno.He died this evening, Friday, 8th July, 2016. His burial will, insha Allah (by the grace of God) take place tomorrow, Saturday, 9th July, 2016 at 2pm at his residence, near Government House, Old GRA, Maiduguri. May Allah (SWA) forgive his sins and grant him abode in Aljanat Firdaus, and may Allah grant his family and the entire people of Borno State the fortitude to bear this irreparable loss.”.