A 36 year old Nigerian man identified as Emmanuel Chidi, was beaten to death in what has been described as a racist attack by an Italian in the central Italian town of Paolo Calcinora on Tuesday July 6th. According to reports, Emmanuel was walking on the road with his girlfriend, 24 year old Chinyere, when his attacker called her an “African monkey”. 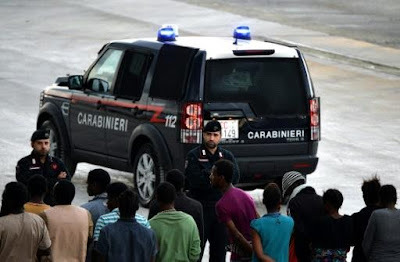 This got Emmanuel angry and he rose to defend his girlfriend. An altercation ensued and his attacker used a ripped-out road-sign pole to hit him repeatedly on the head. He fell to the ground and never regained consciousness.

He died in the hospital yesterday Wednesday July 6th. Chidi had been living in Italy for eight months and was lodged in a shelter run by Catholic charity, Caritas. Himself and his girlfriend had fled to Italy after surviving Boko Haram attacks. Only recently, his girlfriend lost their baby. May his soul rest in peace Amen.