First vice president of the Nigeria Football Federation (NFF), Barrister Seyi Akinwumi, disclosed that lesbianism is one of the problems affecting the growth of women’s soccer team in Nigeria. 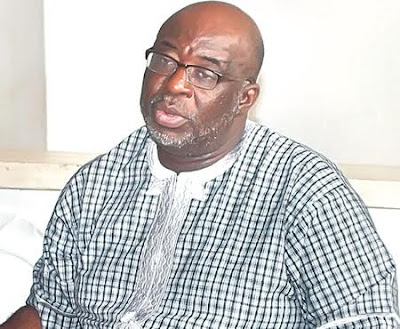 He made the shocking revelation yesterday, June 11,  when he featured on a sport personality programme “Hot Seat” organised by the Sports Writers Association of Nigeria (SWAN), Oyo State chapter, in Ibadan.

“Lesbianism kills women’s soccer teams. People are afraid to talk about it. The coaches take advantage of the girls, so there is much more to build in female football. I took a historical look at countries and teams which have had success in this category, they started the way we also started, and it was difficult for them in the beginning as well. No sponsor, lack of interest and others,” Akinwumi said.

“But I discovered here that what will fund female football is male football, and male football itself is gasping for breath. That is really the major problem- funding. And at the same time, equal funding is not possible,”

Akinwunmi however, suggested a total overhaul of the league system for proper monitoring and development of the game.

“My passion for female football, honestly is as great as it is for grassroots football. But in reality, there are lots of problems affecting the growth of women’s football in this country. It costs more and returns less. There is fewer players, less interests, in female football than male football. But we have no excuse. Last year, I think the most problematic person to the chairman of female league was Seyi Akinwumi, myself, I launched several attacks just to ensure things work accordingly. So, I decided that look, if it’s so difficult for you, let us show you how it’s done.

“In Lagos now, we have cleared the second half of the year for female football, it’s not going to be a tournament but a mentorship programme and many things that goes on. I said we’re going to have a female team, but when I dabble into it, talk to them and see it’s problem. I discovered that there is a lot of things going on underground that people don’t talk about.

“At the clubs, It’s not about somebody owing a club, no, there are guidelines. We have companies who mainly operate in female and children stuff but are they showing interest in funding, not all. How many of them fund football?

“Our budget here is not near it because the gravitas are not yet there. So for now, it is the male football that has to fund female football, for it to grow to a level where there would be interest.”