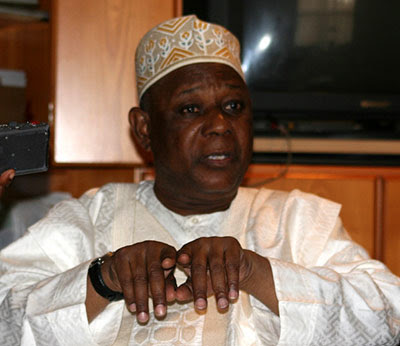 Bature, a former member of the House of Representatives from Sokoto State and long time associate of Governor Aminu Waziri Tambuwal, was presented with a membership card of his new party at the Sokoto North LGA party office in Sokoto Monday.

Speaking at the event, Bature said he feels at home considering the fact that he was part and parcel of negotiations that led to the setting up of APC, “but due to some differences ahead of the 2015 elections,” he tarried a while and remained with the PDP.

“I thank Governor Tambuwal and other leaders of APC in Sokoto, notably Umarun Kwabo and Senator Aliyu Wamakko for making me realize that my services are needed here. This is a wonderful opportunity for me to give my best among my friends for the development of our state.

“I urge all my supporters to know of this decision (of joining APC) and follow suit by picking up their membership cards. Together we will make Sokoto greater,” the former chairman of the House Committee on Interior added.

In his remarks, the APC chairman for Sokoto North LGA, Alhaji Muhammad Dangoggo, commended Bature for the bold decision he took in joining APC, saying the party is now laying solid foundation for the unity, stability and progress of Sokoto State and Nigeria.

“Our change mantra is gaining foothold across the country and we are making necessary impact. We are instilling moral and ethical values, and very soon, the result of our efforts will be very glaring for all to see,” Dangoggo added.