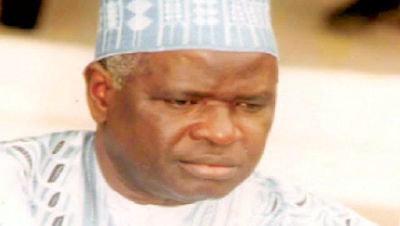 Alhaji Shinkafi died on Wednesday in London at about 4:07 pm Nigerian time. A top source who spoke in confidence said the late Marafan Sokoto had initially received treatment at both St. Nicholas Hospital and Reddington Hospital, Ikeja in Lagos before he was flown abroad in January after a health relapse,The Nation reports:

“We lost Shinkafi in London at about 4pm where he was flown to in January with some members of his immediate family and three medical doctors. In the last six months, he had been battling with his health. But it has pleased Allah to call him home. From Allah we came and unto Him we shall return. Arrangements are being made to bring his corpse to Nigeria for burial on or before Friday because of flight logistics.”

Shinkafi was also a graduate of the University of Lagos where he bagged his LLB degree in Law in 1973. He was a leading presidential aspirant under the defunct National Republican Convention (NRC) in 1992 before the the Military regime of ex-President Ibrahim Babangida aborted the primaries.

He however succeeded in being the vice-presidential candidate of Olu Falae in the APP/AD alliance in 1999. The alliance was defeated at the poll in 1999 by the Peoples Democratic Party(PDP) which fielded Olusegun Obasanjo/Atiku Abubakar for the presidential race.