Ekiti State Governor, Mr Ayodele Fayose has declared that President Mohammadu Buhari was using an equally corrupt Economic and Financial Crimes Commission (EFCC) to stamp out corruption in Nigeria, insisting that the President must start the corruption fight from his party and immediate aides since charity begins from home. 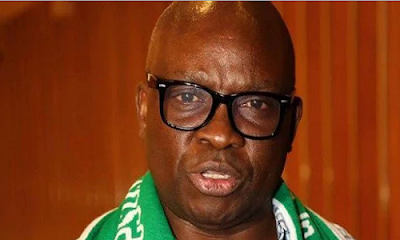 “EFCC opinions remain their opinions and if they are so sure of whatever information they have, they should go to court and stop subjecting Nigerians to media trial and that no amount of media trial from the same elements that orchestrated my removal in 2006 can erode my popularity among Ekiti people.”

He said any property that may be linked to him or his company was bought legitimately and his properties were duly declared in his assets declaration form and sources of such funds were not illicit.

In a release issued on Wednesday by the Special Assistant to the Governor on Public Communications and New Media, Lere Olayinka, maintained that his election was funded by Zenith Bank as well as donations from friends and associates, adding that;

“As a promising candidate of my party, I cannot stop Nigerians from supporting my election like every other candidates of other political, including President Buhari.”

He said since the money he got for his election was from legitimate sources and not from the Office of the National Security Adviser (ONSA) as being concocted, how the money was spent remained his own business and not that of anyone.

The governor also debunked the reported allegation by the EFCC that he received bribe from any contractor in Ekiti; saying; “if they have anything against me, they should keep their gun powder dry.

“Because in 2006 when they took me to court, their allegations crumbled like pack of cards because court decisions are founded on facts and law, and not on media trial as currently being done by the EFCC as teleguided by the APC in their desperation to set the people against me knowing fully that they are not on ground.”

“having failed to buy the conscience of Ekiti House of Assembly members, the APC people have become increasingly afraid of 2018 and that the agencies of the Federal Government should know that no matter how hard they try, Ekiti electorate will not be deceived by their blackmail and media trial.

“The EFCC should be told in clear terms that this is 2016 and not 2006 when impeachment notices against governors were signed on the table of EFCC operatives. Those who are teleguiding the EFCC now should also be reminded that they did more than what they are doing now in 2006, yet I was overwhelmingly voted for by the Ekiti people eight years after the orchestrated impeachment which the Supreme Court declared illegal.

“Should Nigerians now conclude that EFCC is an appendage of APC? Is the EFCC for investigation of corrupt practices among all Nigerians or members of opposition parties alone?”

“As at today, I have not been accused of stealing a dime from Ekiti treasury. EFCC has not also said that Ekiti money was stolen and that my election was funded with Ekiti State money.”

Accusing the EFCC of carrying out the APC agenda to force him out of office as was done in 2006, the governor said; “It is sad that some politicians from Ekiti State now resume and close in EFCC offices in Lagos and Abuja and we wonder whether those politicians have now taken over the job of EFCC.”
He maintained that he will continue to speak his mind on issues affecting Nigerians and can never be cowed, saying;

“Nigerians are suffering. States can no longer pay workers salary, a litre of kerosene is now N220, a bag of rice is now N20,000 and some people will sit in Presidential Villa and expect that all of us should keep silent? That’s not possible!

“No amount of media trial by agents of the Buhari-led APC government will make me to stop baring my mind on the cluelessness of the Federal Government.”