James Durdin, the father in-law of Officer Blane Salamoni (pictured above), one of the Baton Rouge police officers involved in Alton Sterling’s deadly shooting on Wednesday has blamed black protesters for trying “to make an agenda” out of police killings. 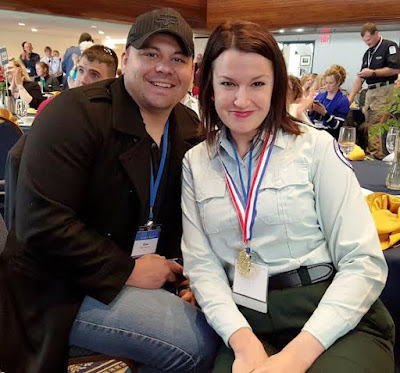 James Durdin criticized Sterling for the shooting, alleging that the man “drew a gun” on the cops who pinned him to the ground and shot him, a claim that has been refuted by a key witness.

“It burns my you-know-what when it’s – usually the black people – that try to make an agenda out of this,” Durdin told the Daily News.
“What I’d like to see is them with no police at all, so they can know what it’s like not to have them… The majority of (cops) would never be abusive. Does anyone give a you-know-what about that? We’ll have social chaos (without cops).”
Durdin said Officer Blane Salamoni is “well-trained” and did “what he’s trained to do.”
“That’s what I’m told this situation is, that’s when the training kicks in,” he said.
He added that it’s “a dirty shame that things like this end up in the news, ‘cause there’s something going around the country and it’s anti-police. They take advantage of every situation to promote their agendas.”