The Duke and Duchess this morning offered their condolences for the victims of the terrible attack on Orlando’s Pulse nightclub, signing a book of condolence at the U.S. Embassy London.

The book was signed in front of a flag presented to former Secretary of State Hillary Clinton by the Kaleidoscope Trust, who work to uphold the human rights of lesbian, gay, bisexual and trans people internationally. 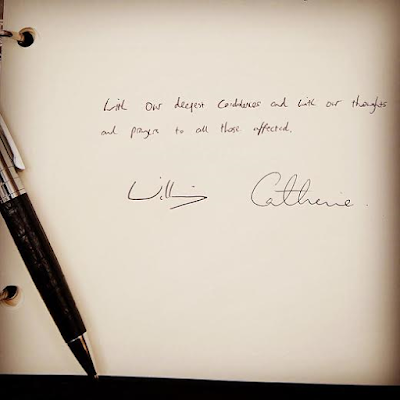