News: Dino Melaye speak on the alleged forgery of the senate standing order by Saraki and Ekweremadu

Dino Melaye on Tuesday June 21st on the floor of the senate, spoke against the planned arraignment of the Senate President Bukola Saraki and his deputy, Ike Ekweremadu, over alleged forgery of the Senate’s standing orders during the election that made them emerge senate leaders in June 2015. 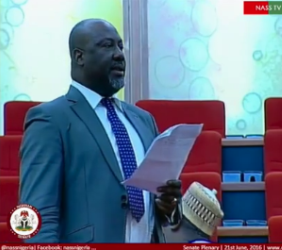 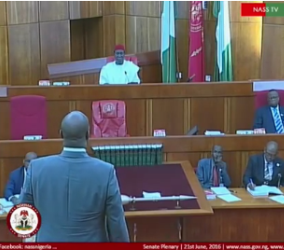 Dino condemned the suit filed by FG against the senate leaders, arguing that the act is a grand design to distract the National Assembly and also to intimidate it into silence and enthrone a one-man rule