Hon. Abike Dabiri-Erewa, Senior Special Assistant to the President on Foreign Affairs and Diaspora has condemned the gruesome stabbing to death of another Nigerian teenager in London. In a statement by her Special Assistant on Media, Abdur-Rahman Balogun in Abuja, Dabiri-Erewa said the killing of 17-year old Fola Orebiyi, was unacceptable to the government and people of Nigeria. 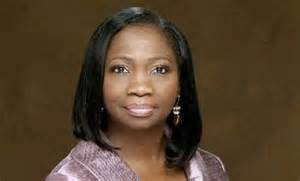 Dabiri-Erewa said the killing of Orebiyi and other extra judicial killing of Nigeria citizens in UK was becoming worrisome. She called for full investigation of the incident and urged the UK government to make sure that justice prevails.

While condoling the family of the deceased boy on the ugly incident, she prayed unto God to give the bereaved family the fortitude to bear the painful loss. She said that while Nigeria will not condone crime and criminal tendencies, it takes exception to the harassment, killing and execution of her nationals abroad unjustifiably. Dabiri-Erewa urged Nigerians to support President Muhammadu Buhari administration in making Nigeria a better place, urging them to support the administration war against corruption.

A Nigerian student, Fola Orebiyi, was reportedly stabbed to death in a street clash on Sunday July 3, in Notting Hill, London, by a gang of youths. He was reportedly involved in a fight on a nearby estate with a gang of youths, who chased him into the busy road where he was stabbed in the neck in front of shocked passersby and tourists. Following the stabbing, he collapsed and bled to death and all efforts by the Police and paramedics to resuscitate him, proved abortive. The deceased’s neighbour, Osman Sahal, told the police:

“He was a nice boy and very considerate; none of us can understand how this could have happened. “As far as I knew, he was never in trouble. I suppose we must now wait for the police to investigate.”

Orebiyi, who completed his General Certificate of Secondary Education (GCSE) at Holland Park in London, was studying for his A levels at the Chelsea Academy before his death. After the incident, a yet-to-be identified 15-year-old boy was arrested by the London police in connection with the death. An anonymous teenager was quoted to have told the police:

“I know what happened; he was protecting a friend over a silly beef which turned violent.”

“It was traumatising. It took half an hour for the ambulance to arrive even though there are hospitals all around. I spoke to the person who called the police and he said it took them so long to get here.