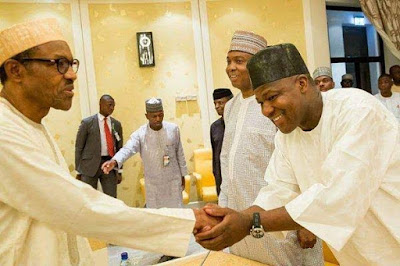 Aggrieved members of the National Assembly have allegedly turned down an invitation by President Buhari to join him in breaking his Ramadan fast at the presidential villa in Abuja. According to some sources in the presidency, the lawmakers are angry with the presidency over the recent row between the two arms of government. They are against moves by the presidency to try Senate President Bukola Saraki and his deputy, Ike Ekweremadu, on allegations of forgery of the Senate Standing Orders during the senate election in June last year.

President Buhari on Monday hosted service Chiefs to the Ramadan dinner while he hosted members of the Federal Executive Council yesterday. He was billed to host members of the National Assembly today June 22nd.