Hundreds of men and women have gone topless to stage a protest on one of Britain’s most popular beaches (Brighton) to ‘Free the Nipple’ and make boobs more acceptable in society. The campaign’s aim is to highlight social media policies over banning nipples. They want social media to allow women’s nipples to be visible. 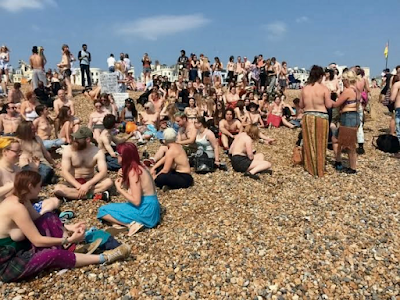 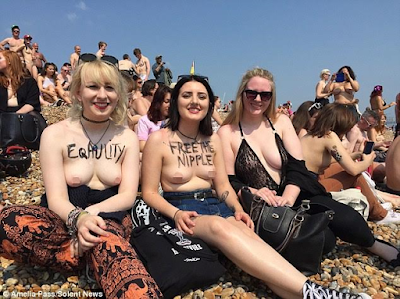 Despite the event, which held on Wednesday, being a success the group are already planning for another march in the upcoming campaign on August 28.

The protesters marched from Brighton Pier to East Sussex city seafront before stopping on the beach where everyone sunbathed topless.

The event was organised by comedian Samantha Pressdee, who came to Brighton with her one-woman comedy show about nudity and sexuality.
Samantha said:

‘I’ve been a member of the Free The Nipple campaign over the past year. I joined the campaign to challenge the way women’s breasts were perceived. Breasts have been sexualised and the point of this campaign is that they don’t have to be sexual.’

We had a lovely time, loads of pictures were taken.We ended up relaxing on the beach, some people decided to go for a swim whilst others brought out their guitars’. 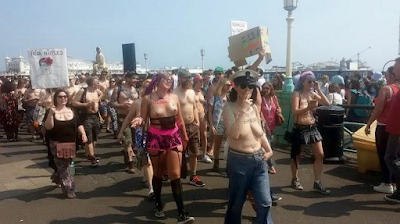 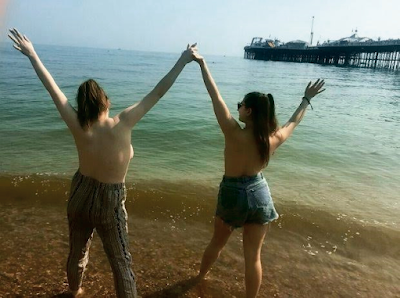 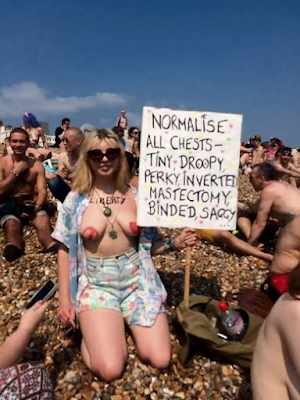 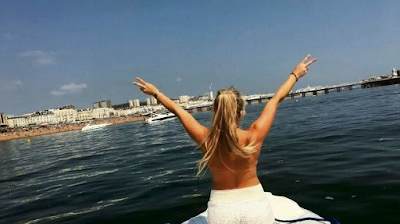 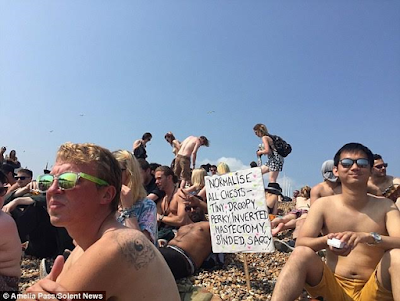 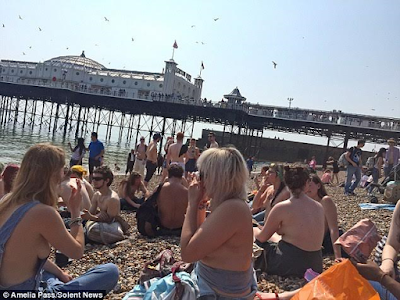