39-year-old Rajesh Kumar, a traffic officer in Gurgaon in Haryana has become an overnight celebrity thanks to his status as India’s tallest policeman. His massive, 7ft4ins bellies his gentle nature, he is depicted as a gentle giant who offers flowers and helmets to bikers and motorists not following the rules of the road. 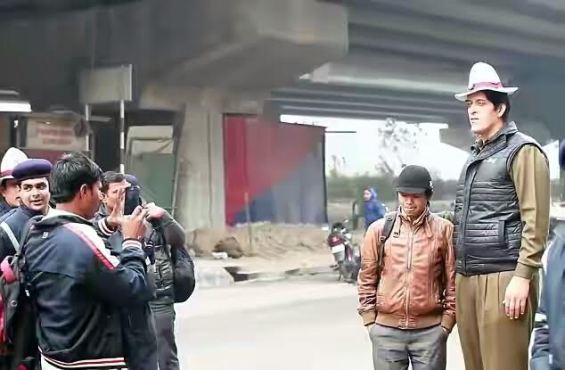 Mr Kumar who is so big his uniform is custom made by a personal tailor gets mobbed by tourists and locals while on patrol duty who queue up to have their photo taken with him.

He is considering going into pro wrestling and cites WWE star, Great Khalie as his inspiration.
He said: ‘I want to emulate the success of The Great Khalie who was also recruited as a police official with the Punjab Police.
‘My aim is to be a wrestler of world repute just like him. I want to take part in the World Wrestling Entertainment.
‘I love my job as a cop but wrestling is my passion.
‘But I have taken up the police job for the time being. But I keep taking leave for my wrestling training.’ 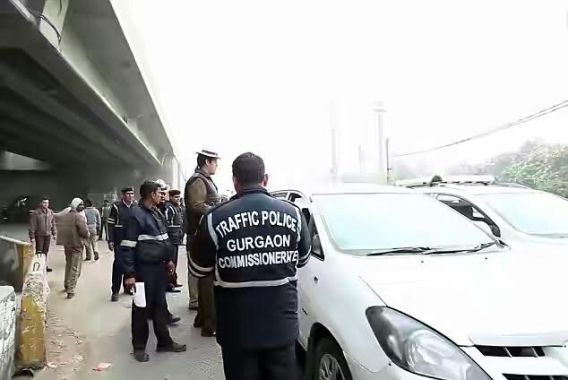 Mr Kumar has never been ashamed or uncomfortable around people due to his colossal height.
He added: ‘In the job it is sometimes handy being so tall because I can see over the crowds in big public order situations and watch out for any trouble.

“I don’t even have any health issues. I exercise regularly so I am quite fit for my job.”
Mr Kumar’s height could be a genetic legacy from his grandfather who measured 6ft2ins given that other members of his family are of normal height. 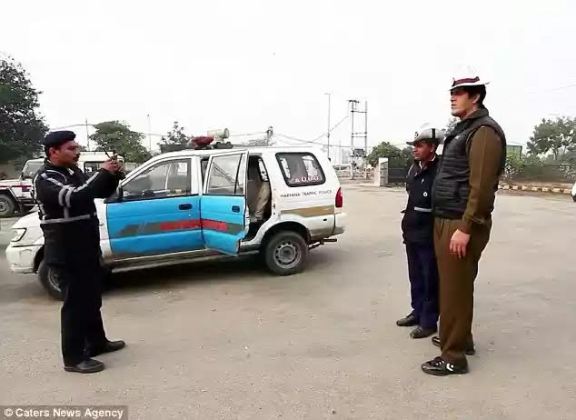 As a child he was always taller than his peers and was often bullied in his youth. He doesn’t take it at heart and rejoices his moments at school.
He said: ‘I am thankful to god that everyone loves me so much. I don’t mind a few bullies as they bring some fun to life.
‘Now all that I wish for is to continue my wrestling training and somehow manage to enter the professional world.’