Tennis Player and Five-times Grand Slam Champion, Maria Sharapova has been banned from tennis for two years for violating an anti-doping rule. The Former Wimbledon champion shocked her fans when she tested positive for banned substance – Meldonium after competing in the Australian Open. She made a personal statement at a Los Angeles hotel confessing she had been caught by tennis’s anti-doping operation, saying:

‘I take responsibility for my professionalism in my job and I made a big mistake. I know there will be consequences and I don’t want to end my career this way. I really hope I will be given another chance to play tennis again. I can’t blame anyone but myself. I have let my fans down.’ 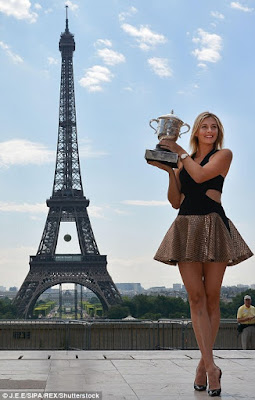 The International Tennis Federation earlier confirmed that she will be provisionally suspended from the sport but a final decision has now been reached on her case, today June 8th.

According to a new statement released, As a consequence of the drug violation, Maria will be ineligible to play tennis for two years starting from January 2016. The ban was backdated due to her prompt admission rather than denial. 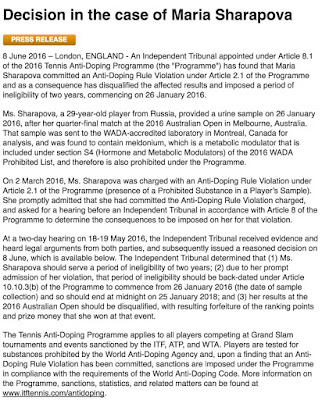