Skip to content
In an attempt to advise women to be celibate, a twitter user named Sola Adio said women should be smart enough to close their legs, so that men would not slack their ‘fan-belt’ (vagina) and end up going to marry someone else. Some Twitter users were not pleased with the use of ‘fan-belt’ to describe a woman’s privates and responding to him. 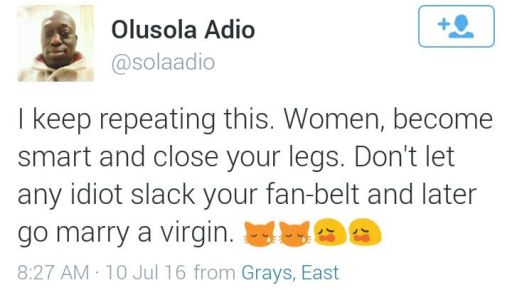 More tweets after the cut…. 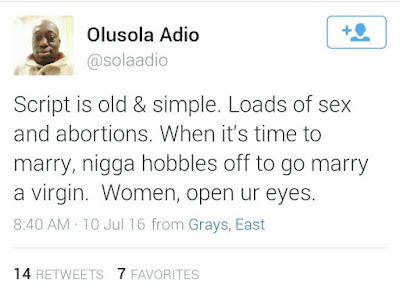 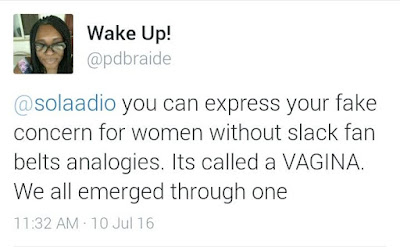 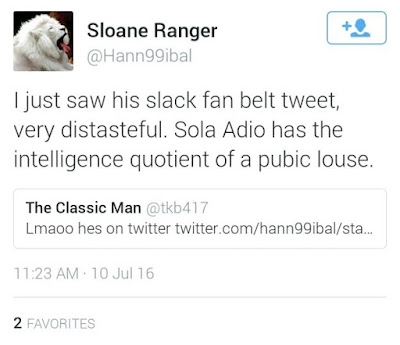 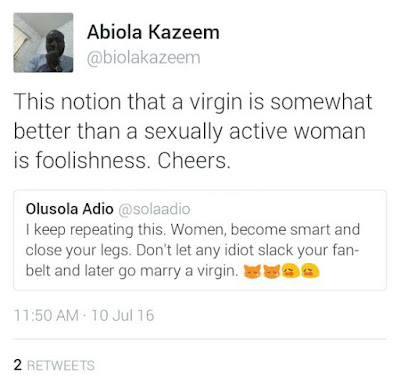 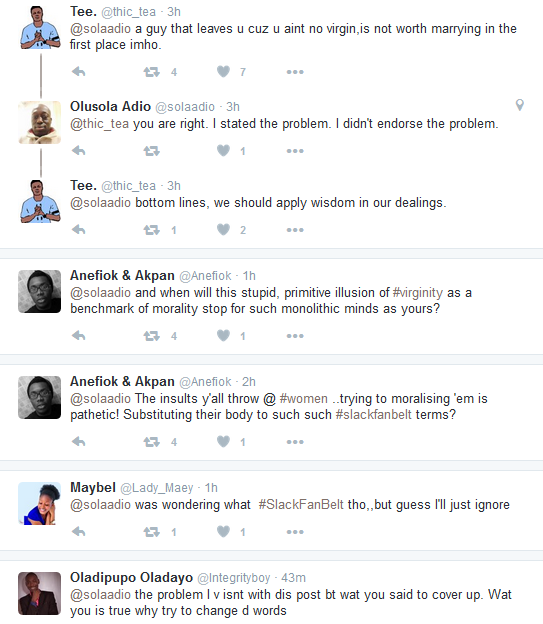 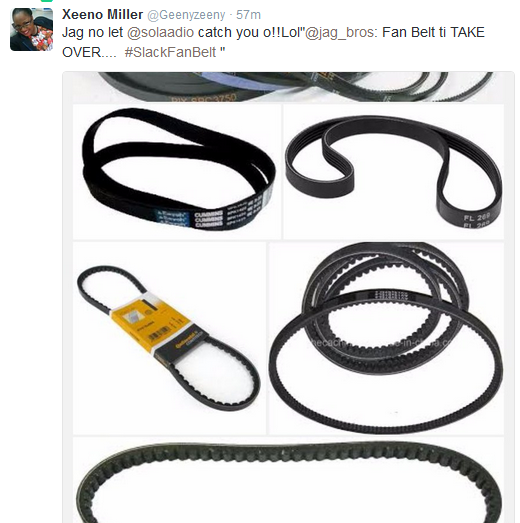 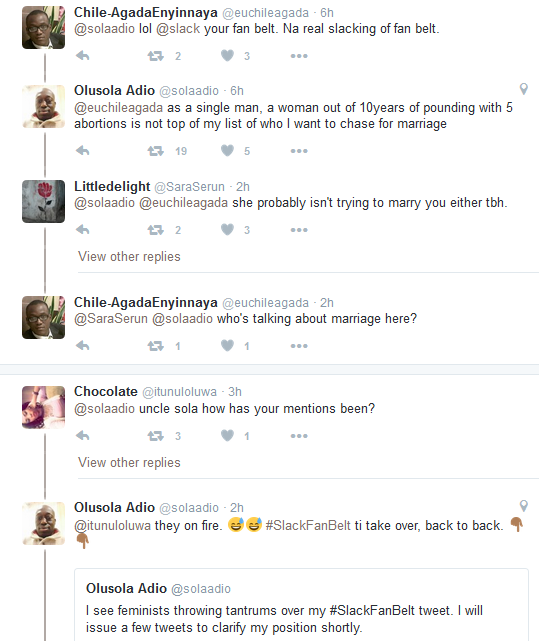 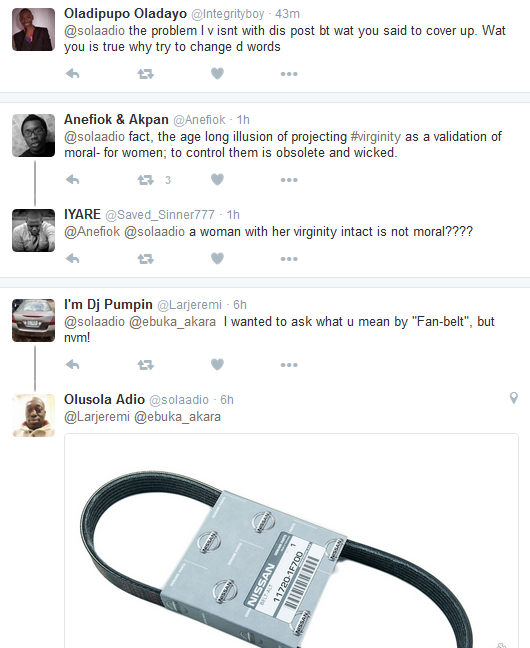 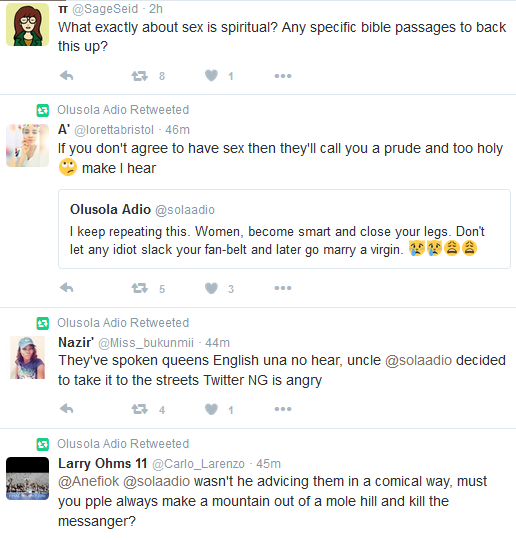 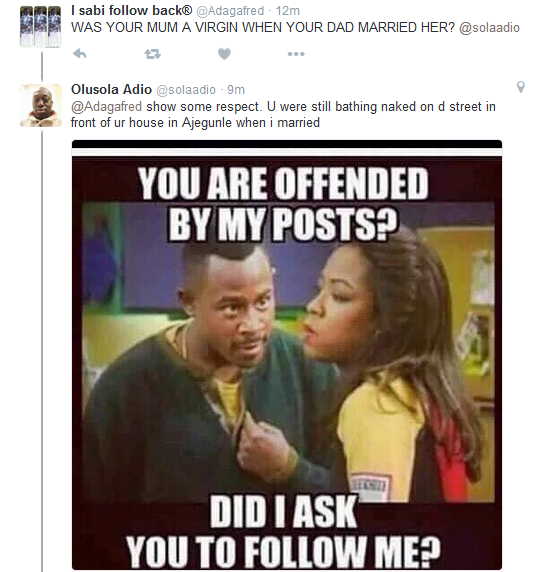