Contrary to claims by the Independent National Electoral Commission (INEC) that they did not receive any Notice of Appeal from Governor Okezie Ikpeazu or an injunction stopping the Commission from issuing a Certificate of Return to Dr. Uche Ugah, the Attorney General of Abia State, Mr. Umeh Kalu, has said that INEC lied in its claims. 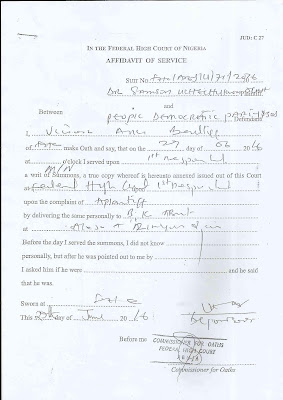 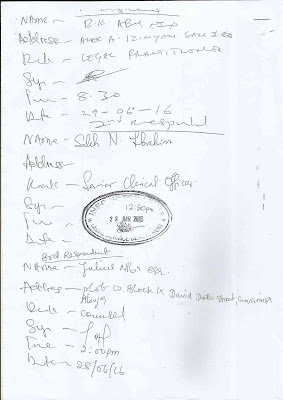 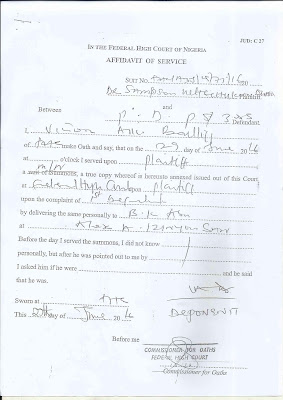 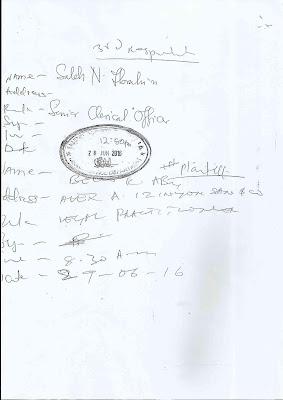 A proof service has shown that the Commission did indeed receive the two important documents and it was signed for by Saleh N. Ibrahim, Senior Clerical Officer at the Legal Services Department of the Commission’s Headquarters, Abuja, who stamped the Notice of Appeal and Injunction with the Commission’s official stamp by 12.50pm on Wednesday, June 29, 2016.

“It’s unfortunate that INEC said that it was not served. But the truth is that they were served. I have a proof to that. Saleh N. Ibrahim, Senior Clerical Officer at the Legal Services Department of the Commission’s Headquarters, Abuja, who stamped the Notice of Appeal and Injunction with the Commission’s official stamp by 12.50pm on Wednesday, June 29, 2016. 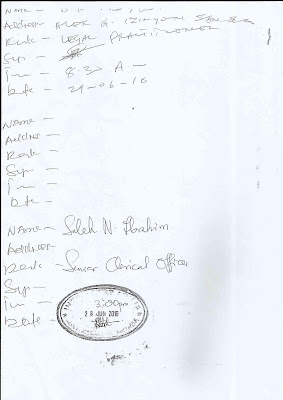 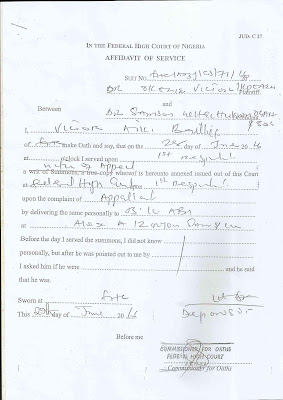 “With the foregoing, it is now clear that the Commission had no reason or cause to proceed with their dangerous action of issuing a Certificate of Return to Dr. Uche Ogah when it was clearly in receipt of a Notice of Appeal and Stay of Execution expressly forbidding them from taking any further action on the Judgment of Justice Okon Abang of the Federal High Court pending the determination of the Appeal in the case.

“It is rather surprising that the Commission could lend itself to be used for an act capable of destabilizing a State in Nigeria with the attendant consequences for anarchy and breakdown of law and order.” Kalu said.

The Abia State Government wishes to reiterate for the umpteenth time that Dr. Okezie Ikpeazu remains the Governor of Abia State irrespective of whatever order was issued by the Federal High Court and the consequential actions of the Independent National Electoral Commission (INEC) pending the full exhaustion of all judicial avenues of seeking redress.

Abia State is a peaceful State consisting of law-abiding citizens but their patience should not be stretched and their civility taken for granted. The citizens of Abia State will resist any attempt to subvert their will which they freely expressed at the polls and which was affirmed by the Supreme Court.