by Harmcleff
in Goals Highlights
4
0
SHARES
Share on FacebookShare on Twitter
Gareth Bale had put Chris Coleman’s side ahead from 35 yards but two half-time substitutions earned a deserved victory for the Three Lions, with Jamie Vardy also on target 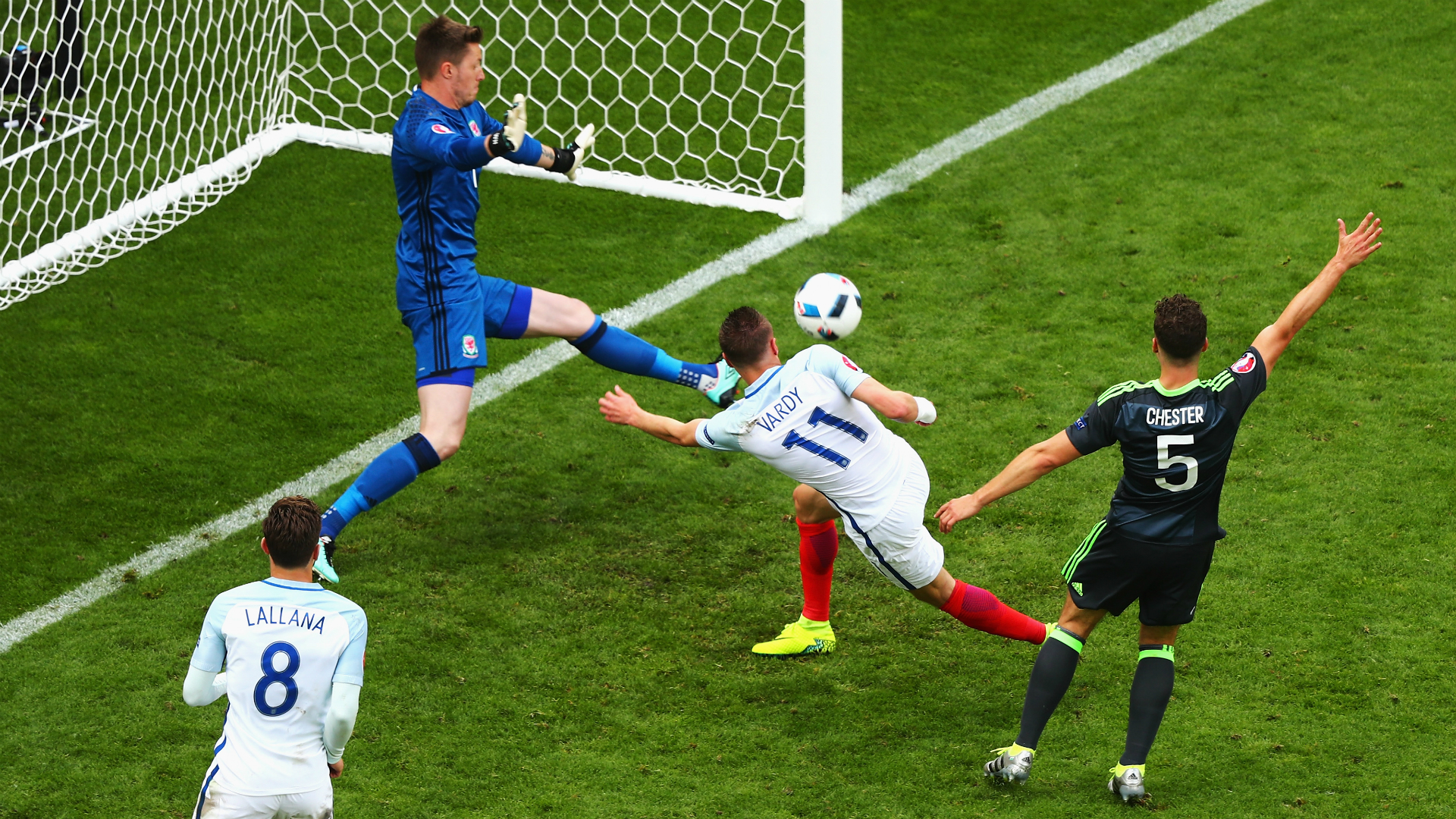 Daniel Sturridge scored in stoppage-time as England came from behind to clinch a dramatic 2-1 victory over Wales to move top of Group B in Euro 2016.

Bale had powered a long-range free-kick past Joe Hart to give Wales the lead in Lens, but Hodgson sent on Vardy and Sturridge at the break and saw that move rewarded.

The Leicester City striker grasped his first opportunity to score, before Sturridge pounced to seal a victory that England will feel they deserved after dominating possession and creating more chances as the match progressed.

England move top of the group on four points and will definitely reach the last 16 if they get at least a draw in their final match against Slovakia, who are level with Wales on three points.