Six gay men were attacked in Cote d’Ivoire and forced to flee their homes after they were pictured signing a condolence book for the victims of the recent attack at a gay night club in Orlando, Florida early this month. The U.S. embassy in the country had hosted an event a fortnight ago to honor the Florida victims and published a photo of the six men on its website with the caption: ‘LGBT community signing the condolence book’. 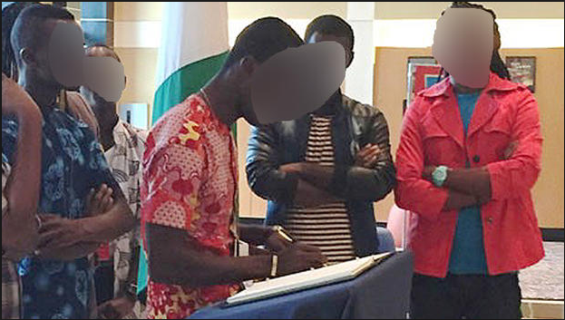 Days after the tribute, one of the men in the photo was attacked by a mob in his neighbourhood. Another man in the picture was also attacked after the photo was circulated on Facebook and other websites. The others were verbally abused. All six of them have fled their homes for fear of further attack on them.