Former German league coach Sascha Lewandowski has passed away at the age of 44. Lewandowski, who coached Bayer Leverkusen and Union Berlin during his time in the Bundesliga was found dead at his home in Bochum, Germany. The cause of his death is still unknown but the coach was diagnosed of Acute fatigue syndrome in March. 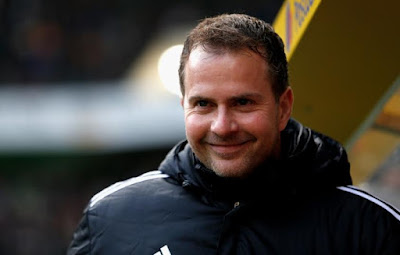 “It is hard to imagine for us that Sascha is dead,” Leverkusen sporting director Rudi Voller said in a statement on the club’s website. “He was a great man who brought all his strength and passion in his work… Sascha did a fantastic job. Our deepest sympathy goes to his [family]. We are all shocked and deeply concerned,” Leverkusen chief executive Michael Schade added. Our thoughts are now with his partner and his family. Sascha Lewandowski was a wonderful person who has left their mark in Leverkusen. ”

His name is closely linked to the sporting success of our club in recent years. It’s terrible that he is now no longer among us. We had all hoped to see him again in the summer on a bench.”