Some students of Baptist High School, Adeeke, Iwo caused a mild stir when they arrived the premise of their school donning church robes. The students were reportedly hailed by colleagues as they headed to their various classrooms. 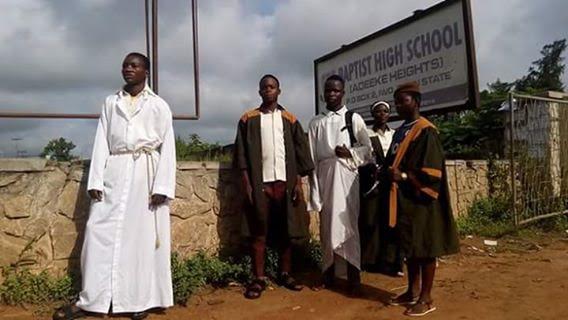 Osun State Christian Association of Nigeria (OSCAN) had earlier directed all Christian students in both primary and secondary schools in the state to wear their church garments to schools, beginning from yesterday, June 13…if they wanted.
This is as a result of the judgement delivered by a  judge of Osun State High Court, Justice Jide Falola, in favour of a case instituted by Osun State Muslim Community against the State Government on the right of female Muslim students in public schools in the state to use hijab on their school uniforms. 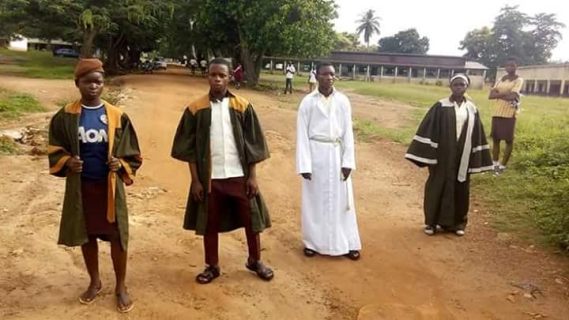 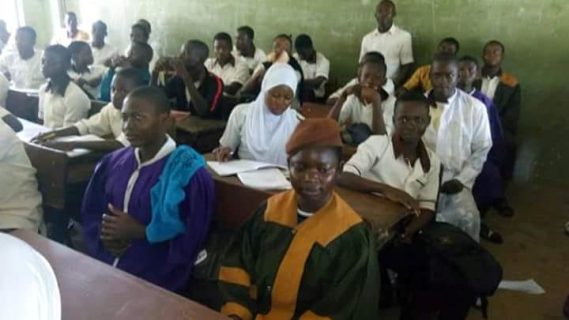