Embattled former National Security Adviser, Sambo Dasuki, told the court today that he is being punished by 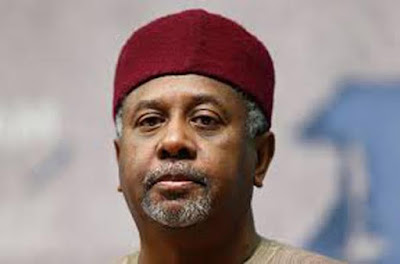 the powers that be for the perceived offences committed long before. Speaking through his counsel, Joseph Daodu (SAN), Dasuki said he leaves everything for God almighty to judge.

“It is crystal clear that the defendant (Dasuki) is being punished by the powers that be for the perceived offences committed long before… we leave them to the Almighty God for his ultimate judgment,” he said

The former NSA said this at the hearing of an application filed by the Federal government that witnesses lined up to testify against Dasuki should be allowed to do so behind a smoked screen.

According to counsel to the Federal government, Dipo Okpeseyi (SAN), Dasuki has large loyalists across the country who may jeopardize the trial if the witnesses are allowed to testify openly.