New photos have emerged of Spain footballers Sergio Ramos, Andres Iniesta and Pedro playing with their kids after Sunday’s training session. Andres Iniesta relaxed with his wife Anna and son Paolo while Chelsea winger Pedro also found time to play with his son Bryan with Sergio Ramos also seen holding his on up as he gave him a peck kiss. 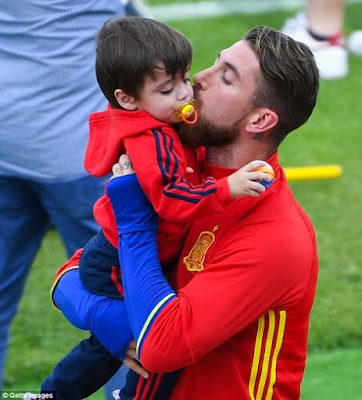 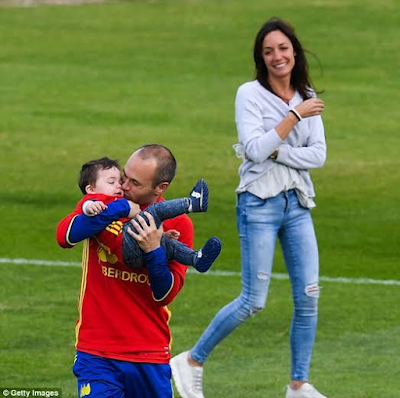 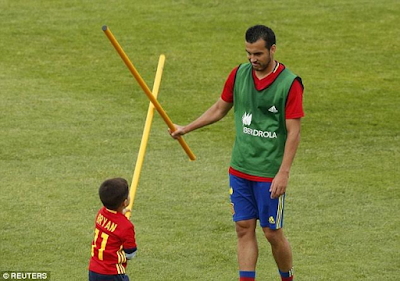