On Friday evening, a Colorado woman who had left her 5 year old son and his older brother playing outside their home near the resort town of Aspen, ran out to her front yard when she heard her 5 year old son screaming and what she saw was terrifying. 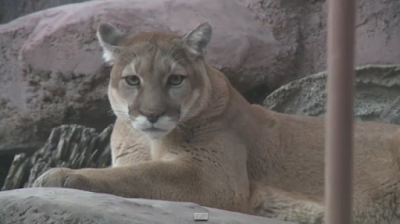 She saw a mountain lion hunched over her son and biting him.
The woman ran towards the lion, yanked away one of its paws and saw her son’s whole head in its mouth.
She fought the Lion relentlessly and was able to pry its jaw open and get her son out of its mouth.

The boy suffered deep cuts to his head, face and neck and was flown to a Denver hospital, while the mother suffered scratches on her leg and bite marks on her hand authorities said. She was treated and released.

“The boy was completely under the cat,” Buglione told The Aspen Times.
The mother grabbed the lion’s mouth and pried it open, freeing the boy who was also trying to free himself from the Lion. She then picked him up and ran away, the deputy said.

The boy’s father had just returned from running an errand when he saw the commotion, he jumped in the car with his wife and son and called 911 as they sped to the Aspen hospital. The child was flown to Children’s Hospital in Denver in fair condition.

The mountain lion was estimated to be about 2 years old and was not fully grown.
Buglione said:

“It wasn’t a big cat,”  “Had it been a 110-pound lion, which I’ve seen around here, this would have been a much different story.”

Wildlife officials killed two mountain lions in the area within several hours of the attack. The animals were being examined to determine if they were hungry, diseased or just in the wrong place at the wrong time.

The lion in that incident, described as a small, yearling male, was tracked and killed.