German wildlife photographer, Jens Cullman, was at a waterhole at Mana Pools National Park in Zimbabwe, Africa when he witnessed nature at its savage best. An older crocodile attacked a younger rival which was no match for the bigger beast. The big bully clamped his jaw down on his unlucky adversary and tossed him around like a rag doll. 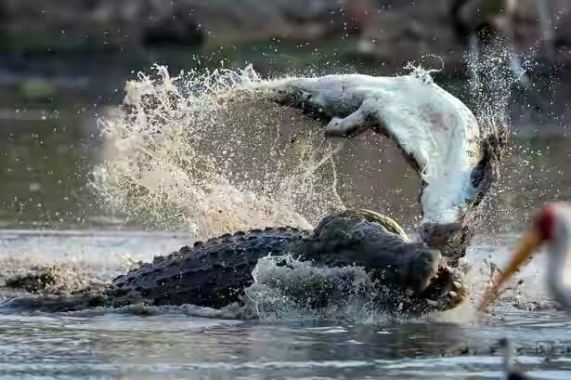 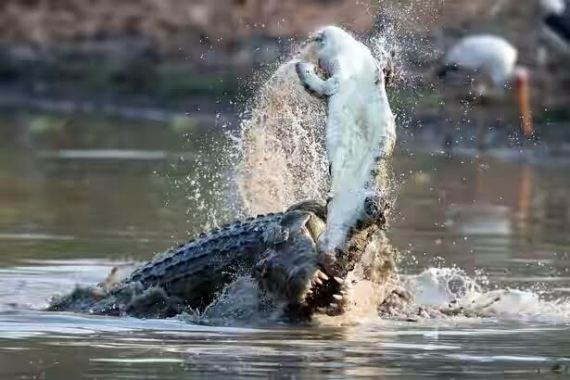 Jens said: “There were lots of loud bangs as the dead croc repeatedly hit the water surface.
“Lots of birds around the waterhole were hanging around, hoping to get a piece of him. But in the end the big croc swam away with the dead croc. It was a very rare sighting – I’ve never heard of a cannibal croc before!” 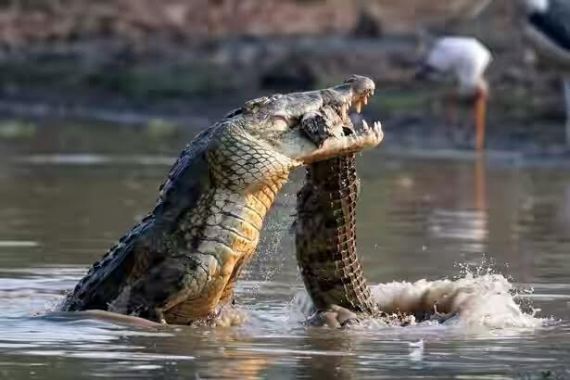 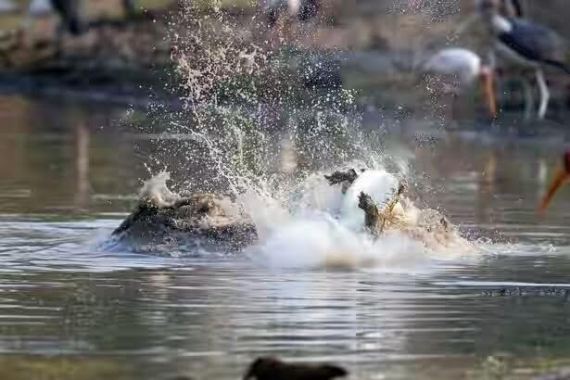 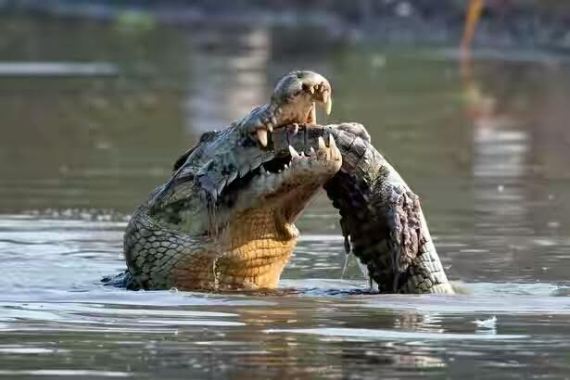