The manager of Arsenal’s famous youth academy, Andries Jonker has once again showered praise on Super Eagles rising star Alex Iwobi, stating that he never knew the attacking midfielder will break into the Arsenal first team. 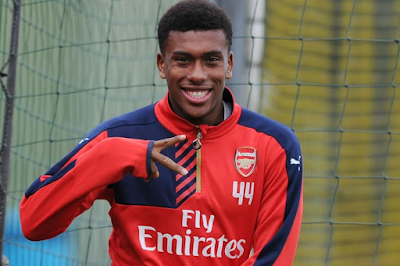 Iwobi was handed his debut against Sheffield Wednesday in the League Cup and managed 21 appearances in total over the course of the 2015-16 season, scoring 2 goals in the Premier League. He has gone on to become a regular at Arsenal and the Super Eagles of Nigeria.

“When you spend a long time in youth football, you understand that you will never know.There are positive and negative surprises, but Alex is one of those boys who has continued to work hard, and kept his commitment and dedication no matter what has happened.

“In the end he made it and he has been a big surprise to everyone at Arsenal but we all love it. He’s surprised us all.”