Chief Judge of Abia State, Justice Theresa Uzoamaka Uzokwe, has denied the allegations that she absconded from her duty post to avoid the swearing-in of Dr. Uche Ogah as Governor of the state last week. It was reported that the Chief Judge went missing after INEC followed Court orders and issued a certificate of return to Uche Ogah. 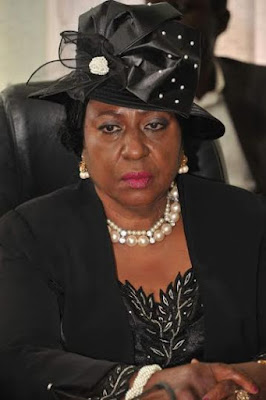 In a statement issued through Mrs. Vicky Analaba – Acting Chief Registrar of Abia State Judiciary, the Chief Judge refuted the allegations and cleared the air. The statement reads,

The particulars of the ruling in question are: HU/35CM/2015 Francis Akor vs The State; HU/ICM/2016-Johnson Asiegbu vs. Commissioner OF Police, HU/42CM/2016-Onyekachi Samuel vs. Commissioner of Police; HU/34CM/2016-Lucky Sampson vs. The State.

These facts are verifiable and in the records of the court. The various lawyers who appeared in the respective suits listed above are also living witnesses. This press release has become necessary in order to avoid further mischief and to set the records straight.”